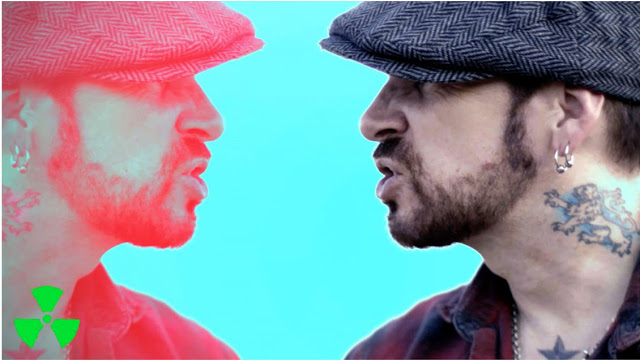 A Conversation With Singer Ricky Warwick

Ricky Warwick is a veteran of the rock scene.  He burst out of Scotland in the early ’90s with his band The Almighty, since then he has released solo records, occupied the vocal spot in various incarnations of Thin Lizzy, and fronted the mighty Black Star Riders.  Ricky is about to release his new solo record, titled When Life Was Hard and Fast, in February and recently took some time to talk about it and much more!

Please press the PLAY icon below for the MisplacedStraws Conversation with Ricky Warwick:

On the decision to release a solo record now – This year, Black Star Riders, we were supposed to be out the whole year touring Another State of Grace that came out of the tail end of 2019, and obviously with this current situation that that just got decimated. But the plan was always to release the (solo) record February of 2021 spend next year promoting it. That was set in stone before the pandemic was even coming around the corner. So nothing’s really changed in regards to the timeline, and it’s just a question of having the time to get into the studio. Being on the road as much as I am coming home and having a family. Sometimes you gotta prioritize things. You don’t want to come up with a two year, three months and go, “Hey, I’m going to disappear in the studio for the next month.” So just balancing everything, we like to plan things ahead with our management. Everybody in Black Star Riders is involved, has other bands that we do outside of Black Star Riders. So there’s a lot of planning involved, and that’s just the way it worked out. We just decided we record the album 2019. We’d sit on it for a while until the time is right that I can promote it properly, which is next year, this year. It turned out being this year because of the way things happen. 1:08