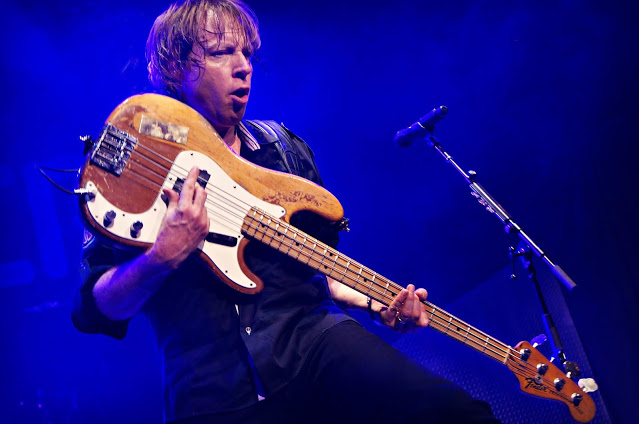 The pandemic has hit everyone hard, perhaps no group more than touring musicians and their road crews.  Rock legends Foreigner have seen how hard it’s been for their crew and are stepping up to do something about it.  Bassist Jeff Pilson recently joined me to talk about a brand new selection of merchandise the band is selling with all proceeds going to help their crew.

Please press the PLAY icon below for the MisplacedStraws Conversation with Jeff Pilson:

On setting up a webstore to help their crew – What we’re trying to do is we’re trying to auction off things to raise money for our crew. And we’re doing things like I got a guitar donated by Breedlove Guitars and it’s a beautiful acoustic guitar, sounds and plays wonderful. We will autograph that to whoever buys it personally, and then we will send it to them. What we’re trying to do is just raise money for our poor crew. This is, what they do, they don’t do anything else. This is their career. And their whole career was just completely upended for a year, and we just felt like we had to do something. So we’re just we’re going out there. Kelly (Hanson, vocals) got a pair of his stage pants and some shoes that he’s gonna auction off.  We have T-shirts we’re auctioning off. We have other things from vendors that are out there. So there’s an online store at foreigneronline.com that will be a wealth of things that you can bid on (and bundles you can purchase) and when you’re doing so you’re doing it for real good cause because our crew are not only wonderful people, but they’re the best at what they do. And through no fault of their own, they’re without work for a year….It’s gonna be on for the foreseeable future. We don’t really know when everybody’s coming back to work. So that aspect of it will probably maintain for a while. We always have an online store. You can always go buy stuff. But as far as it being for the crew that’s gonna be until we’re all working again. 1:23