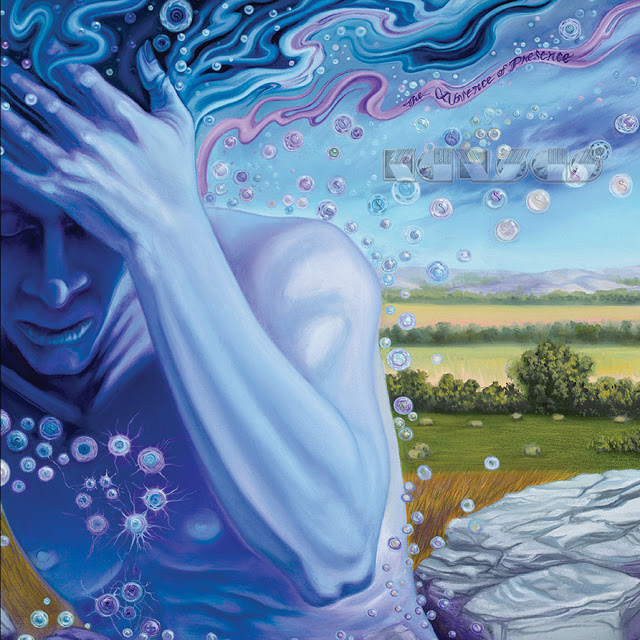 By Jeff GaudiosiDecember 28, 2020Updated:May 25, 2021No Comments9 Mins Read
Share
Facebook Twitter LinkedIn Pinterest Email
Follow MisplacedStraws – Facebook | Twitter | Insta
Although 2020 has been a bust musically, it is worth looking back at some of the highlights, there were definitely more than you think! Live music may have been non-existent since mid-March (my last show was March 11) and there really haven’t been many new bands on the scene this year but there really was a lot of great music released.  To celebrate all that music, this year’s list will be the Top 15 of 2020.

1.  Kansas – The Absence of Presence

Sixteen studio records and more than 45 years into their career Kansas created a true masterpiece.  I’ve always been a Kansas fan but even I was worried about what the band would be once Steve Walsh left, however the first post-Walsh record, 2016’s The Prelude Implicit, showed signs of promise with new singer Ronnie Platt and new guitarist Zak Rizvi.  It’s the addition now of the brilliant keyboardist/songwriter Tom Brislin (Yes, The Sea Within) that propels this band to a modern, expansive prog sound.  Longtime members Phil Ehart, Rich Williams, and Billy Greer, along with David Ragsdale, allow Brislin and Rizvi to create songs that combine a newer progressive style with the trademark Kansas sound.  A  record that just gets better with every listen.
Must listen to – “Throwing Mountains” 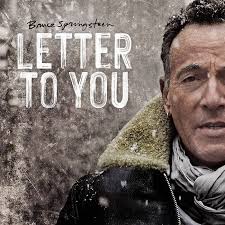 2. Bruce Springsteen – Letter To You

I’m a HUGE Springsteen fan but will readily admit that I didn’t “get” Western Stars. It was good, but the stories and the characters didn’t grab me the way Bruce’s songs usually do.  Letter To You blew me away at first listen.  There is nothing better than when the E Street Band puts out a rock record.  Hearing that band play together is a masterclass on how it should be done.  Plus, the songs are back.  For me, the characters in Western Stars were so specific that I couldn’t find myself in them.  Here, Bruce goes back to the gift he has that allows him to write about a person that, although specific in the song, could be any of us.  At a certain age, we all begin to look back at the people we once knew, the people we lost, and the people we will see again.  Letter To You is exactly the record fans were hoping for, even if he did steal the “House of 1,000 Guitars” title from Willie Nile.
Must listen to – “Ghosts” 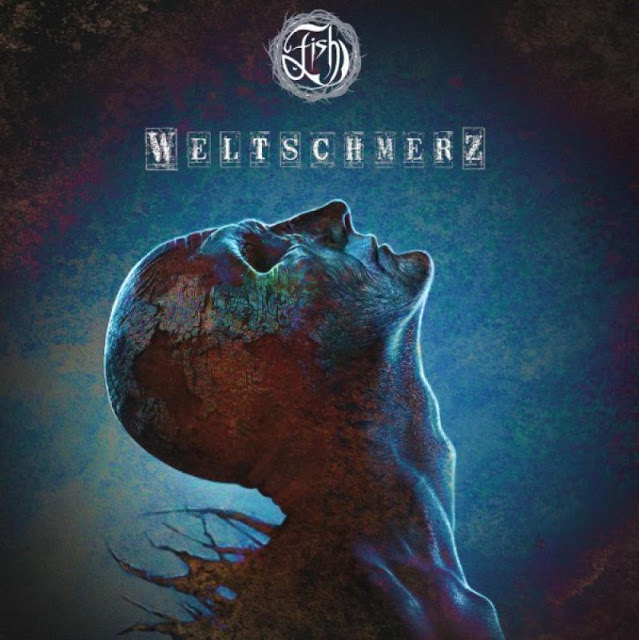 As I said in my interview with the big man, if you’ve decoded the name of this website then you know my love for all things Fish. It was announced back in 2016 that Weltschmerz would be Fish’s final solo record and since then a few songs have leaked out as singles or have been played live.  The record finally found life in 2020 and all the pieces came together – some of the best lyrics of his career, a gorgeous musical landscape intertwined with the lyrics, and absolutely stunning artwork by Mark Wilkinson.  On one hand, it’s devastating that this is the last Fish record, on the other, it’s a remarkable last act in a brilliant career.
Must listen to – “Rose of Damascus” 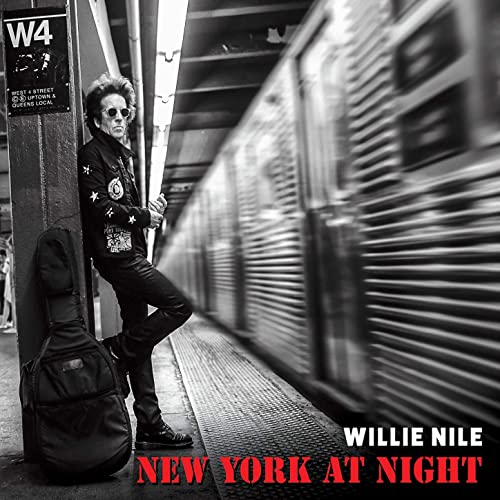 A love letter to the greatest rock n’ roll city in the world from one of its top artists.  Forty years into his career and, surrounded by the best band this side of E Street, Willie Nile put out one of the strongest records of his career.  Bookended by songs he wrote decades ago (“New York is Rocking” and “Run Free”) Nile puts together a record that expertly weaves together the different facets of his remarkable career.  From the plaintive (“Doors of Paradise”) to the rocking (“New York At Night”) to the sublime (“The Last Time We Made Love”), this record shows that after four decades there aren’t many artists that can write a song like Willie Nile.
Must listen to – “New York Is Rocking” 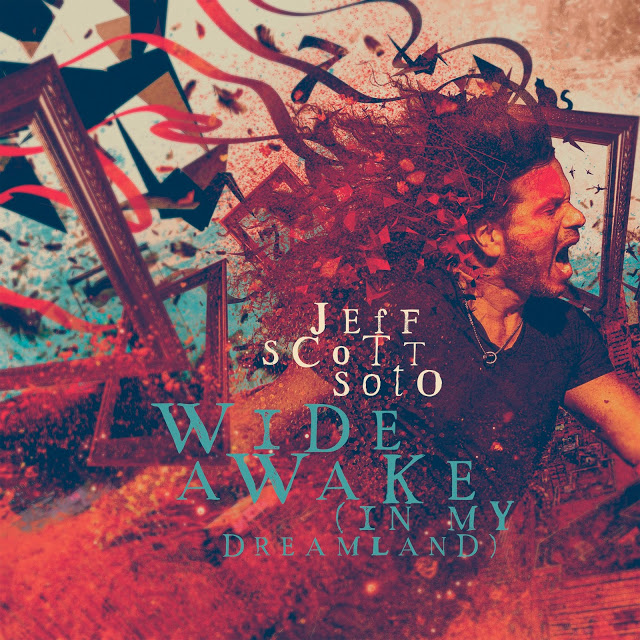 JSS shows up twice on this year’s list for two very different releases, proving he is one of the most diverse and prolific singers in rock.  On this solo release, Soto is right in his wheelhouse of high-end, melodic rock.  The record was written with guitar virtuoso Alessandro DelVecchio, who, aside from being an amazing songwriter, is well-versed in the Jeff Scott Soto catalog. This knowledge allowed him to create songs that are reminiscent but not derivative of Soto’s classic work with Talisman as well as his previous solo albums.  But make no mistake, it’s Jeff’s soaring vocals and melodies that make this a must-have record.
Must listen to – “Without You” 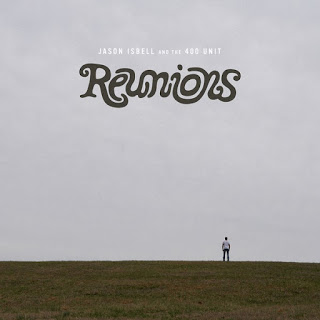 Jason Isbell could very well be the best American songwriter of the century and Reunions just confirms that.  The greatest strength a songwriter could possess is the courage to write what they believe without concern about how it will be perceived.  Isbell has built his career on that courage and in the process has written songs that are not just character studies but parables of 21st century America. Tracks like “Be Afraid” and “It Gets Easier” speak to conflict and struggles in all of us while “St. Peter’s Autograph” and “Letting You Go” illustrate how profoundly we are all affected by loss (the former) and parenthood (the latter).  While a natural successor to Southeastern, Something More Than Free, and The Nashville Sound, the textures and layers to these songs almost hint at a new beginning for the band. Reunions could be the best studio illustration of what this incredible band can do live.
Must listen to – “Dreamsicle” 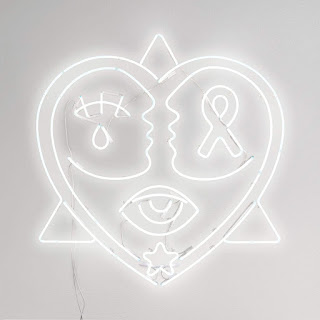 Wow. That will be your first reaction upon listening to what is easily Butch Walker’s masterpiece. Not many artists would have the balls to write and release this record (Jason Isbell may be the only other one who could).  A self-described “rock opera”, American Love Story forces conversations that most are uncomfortable having. This is the story of Bo, a kid who grows up hating everything that he isn’t, and his journey to discover that differences in sexuality and race don’t change who we are.  Yes, it sounds cheesy but remember, much like Isbell, Walker is a master songwriter that can bring you to tears just as fast as anger. This record is meant to trigger conversations that are long overdue.  Walker also produced a short film of the record that is a must-watch.
Must listen to – “Gridlock” 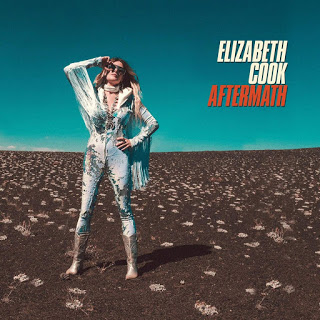 For me, this record forms sort of a trilogy with Reunions and American Love Story.  All three share incredible songwriting and storytelling, plus this record was produced by Butch Walker.  I was lucky enough to interview Elizabeth and catch her live last fall.  In that solo acoustic performance, she played many tracks that would end up on Aftermath.  Much like Isbell and Walker, Cook is an immensely talented songwriter, the songs that sounded beautiful with just her voice and guitar sound just as beautiful in the hands of Walker who adds his deft pop-oriented production skills while keeping them firmly country.  Elizabeth Cook is an American treasure and this record just confirms that.
Must listen to – “Bad Decisions” 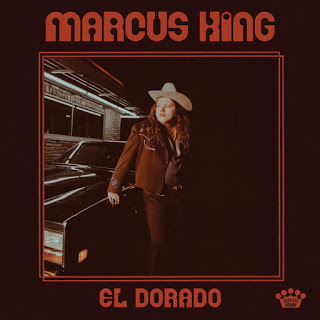 I will admit to being late in discovering Marcus King but I’m glad I did!  A blues guitarist at heart, King also brings in a traditional Stax soul vibe and a voice that ties it all together.  El Dorado was produced by Dan Auerbach of The Black Keys, which just adds to the lo-fi, early 70’s feel of this record. In his live performances, King keeps that same feel with covers of tracks like “Superstar” from the Carpenters and “Whipping Post” from the Allman Brothers.  This is probably the strongest, most complete record King has done to date and speaks volumes about where this young, talented man is heading.
Must listen to – “One Day She’s Here” 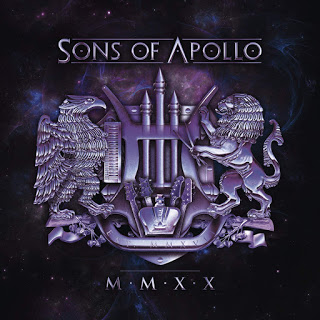 MMXX is the second studio release from the awesome collection of talent known as Sons of Apollo.  Made up of Jeff Scott Soto, Mike Portnoy, Billy Sheehan, Derek Sherinian, and Ron “Bumblefoot” Thall, Sons of Apollo made a huge jump from album 1 to album 2.  While the debut, Psychotic Symphony was strong, MMXX feels like these guys have played together for years.  The writing is strong, each member turns in top performances and the result is a perfect progressive metal record that never loses sight of what is most important, the song. While there are some extended pieces, there is a flow and a structure to every song that grabs your attention beyond just the incredible musicianship.
Must listen to – “Desolate July” 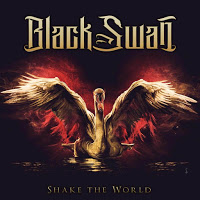 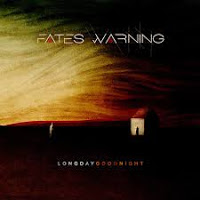 One of the most consistent, strongest bands in prog. This record is everything you hope for when you put on Fates Warning.
Must listen to – “The Destination Onward” 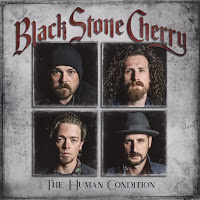 This band gets better with every release.  Strong songwriting, great hooks, it’s such a shame they can’t tour behind it as these songs are made to be played live.
Must listen to – “Again” 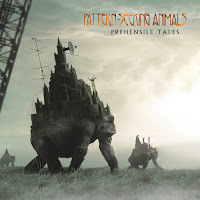 This offshoot of the Spock’s Beard family really comes into its own on this second record. Amazing melodies and lyrics make this a top prog release in a strong year for prog rock.
Must listen to  – “Why Don’t We Run”

A voice like this comes once a generation. Helped out by some great guitar players, Neals’ voice propels her songs to Beth Hart-like levels. With voices like Eliza Neals out there, the next generation of the blues is in good hands.
Must listen to – “Watch Me Fly”
Share. Facebook Twitter Tumblr Email