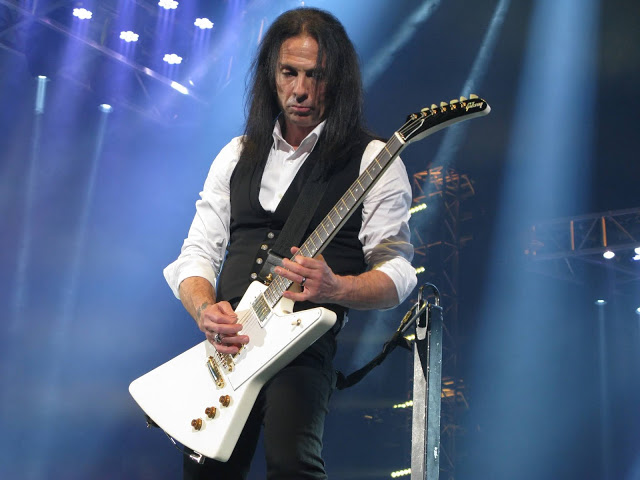 For over two decades the Christmas season meant one thing for music fans, the return of Trans-Siberian Orchestra. Much like everything else in 2020, this beloved tradition was in danger of missing a year.  However, it will live on thanks to the saving grace of 2020 – the live stream.  Founding member, guitarist, and musical director Al Pitrelli recently took some time to talk about this event and more.

Please press the PLAY icon below for the MisplacedStraws.com Conversation with Al Pitrelli –

On deciding to do a live stream – It took absolutely no convincing once the decision was made by the O’Neill family and our managers. They had to cancel the tour, I would say it was mid-August when we finally had to pull the plug on this thing. We’ve been kind of holding our breath,  watching the news, listening to what’s going on and by August they said, “Listen, this is not going to happen this year”.  Needless to say, everybody was heartbroken. This is something I’ve been doing for twenty-five, twenty-six years now. This is my tradition. This is what my children grew up knowing. This is just who I am. So it kind of really put me back on my heels to say, “Oh my God, we’ve never canceled the show”. We’ve never been late to a show.  I broke my leg in the middle of a show and I kept playing with a broken leg and a torn ACL. But so anyway, not long after the conversation, the cancellation occurred, the O’Neill family and our management said, “Well, going to do live stream”, I was like, “Absolutely. I have no idea what that means but count me in. Where do I plug in? Just give me a band to play with”. On December 18th, 8:00 p.m. East Coast time for the first time ever, we’re going to bring Christmas Eve and Other Stories to everyone’s living room. 1:00