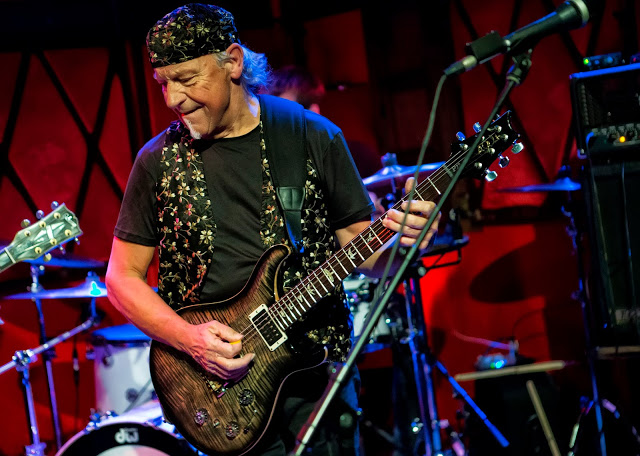 No discussion of great classic rock bands is complete without Jethro Tull.  A big reason why is the sublime guitar of the legendary Martin Barre.  As the band celebrates its 50th Anniversary, Martin has released a record called 50 Years of Jethro Tull which sees him rearrange and rerecord some of the big hits and deep cuts from throughout the band’s history.  Martin recently took some time to talk about the anniversary and this release.

Please press the PLAY icon to hear the MisplacedStraws Conversation with Martin Barre:

On joining Jethro Tull – I definitely didn’t have any inspirations as to where we would go. But it was an amazing event for me because I was a blues guitar player and I played blues flute. So when I heard about Jethro Tull and then eventually went to see them play, it was my dream gig. It was everything I’d ever wanted in music. So to join the band a few months later after I saw them was really incredible. I think if hadn’t lasted a year and finished I would have been very, very happy. Not happy that it finished but it would’ve still been a special event in my life. So, we never, never look past the next few weeks, the next month, the next album it all snowballed and it started quite controlled and slowly and then as we traveled came to the States and I went to other countries in Europe and the Far East it just went crazy. I never knew where it was going or when it was going to end. :52