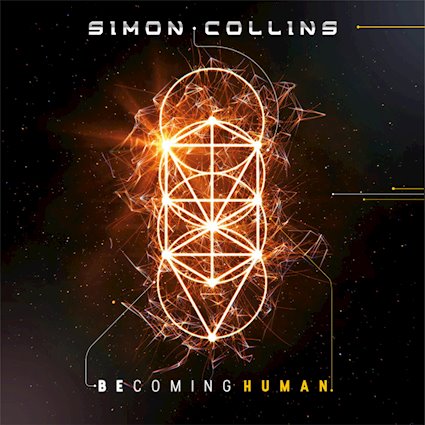 A Conversation with Simon Collins

It’s not easy to carve your own path when you are the son of a legend, but Simon Collins is doing just that.  Son of legendary Genesis drummer Phil Collins, Simon is about to release his 4th solo record, Becoming Human, and took some time to talk about it and his career.

Please press the PLAY icon below for the MisplacedStraws Conversation with Simon Collins:

On the sound of Becoming Human – I wanted to explore two distinct styles of music, really. I’m a big electronic music fan. I think that’s pretty obvious from my debut album through all my albums, it’s definitely a through-line there. But also I am a fan of Progressive Rock as well. And I think this album really is a kind of a cross-pollination of the two. I mean, obviously, there’s different influences that come with the album as well. Of course, it is a mixed bag in that sense. But I’d say I specifically hired Robbie Bronnimann and he’s the guy I produced the album with,  he produced mixed and mastered the record. He’s more of an electronic producer. I mean, he does a lot of different things, but he’s a great songwriter as well. And we collaborated on a lot of the songwriting as well. 1:10

On the musicians used for the album – It’s not a huge cast on this album. We just brought in the people that we really wanted to work with. Robbie Bronnimann and Robin Boult have a history, they both worked with Howard Jones for years, so that’s the connection there.  Gaz Williams played kind of came into play the bass on quite a few songs. But also Kelly Nordstrom, he’s been working with me for 15 years now. 3:05
“Becoming Human”
On the lyrical content of the record – The album was born out of some tumultuous times for me, together with a painful divorce and (former band) Sound of Contact breaking up twice and being in and out of recovery. I had a lot to sing about. I had a lot to write about. And it is a very personal album. There’s a rigorous honesty throughout the album, really. I’m singing about things that I’m not necessarily comfortable talking about in some cases. So there’s a lot of living in these songs. And I think a lot of hope as well. So, yeah, I mean, I think going through what I went through before the album, it kind of forced me to grow. And so I’m not just singing about songs..I’m not just singing about who I am, I’m singing about who I’m striving to be.  I think  I achieved that, really. It’s not all personal. I mean, there’s some bigger subjects on the album. “Becoming Human” is really more of a testament to, it’s really more so about the kind of the existential kind of aspect of being human, really. I wanted to touch on that. It’s a very spiritual album, I think. I’m asking big questions and I’m putting some big ideas out there. 4:36
“The Universe Inside of Me”
On whether he ever felt pressure being Phil Collins’ son – I’ve never really kind of bought into that whole thing.  I think a lot of people expect that to be the case. And it really, really isn’t. I think if I kind of let that pressure get the better of me, I don’t think I would be able to do what I do. To me, he’s just dad.  I kind of went into making music when I was very young. I grew up on tour around Genesis and around those amazing musicians and it had a deep impact on my life. My dad’s always been supportive. I’ve always been very confident in my ability to write music and to perform. For me, I define success in a slightly different way than maybe other people would think. For me, I consider myself successful if I can inspire someone to take another look at something from a different perspective. 7:10 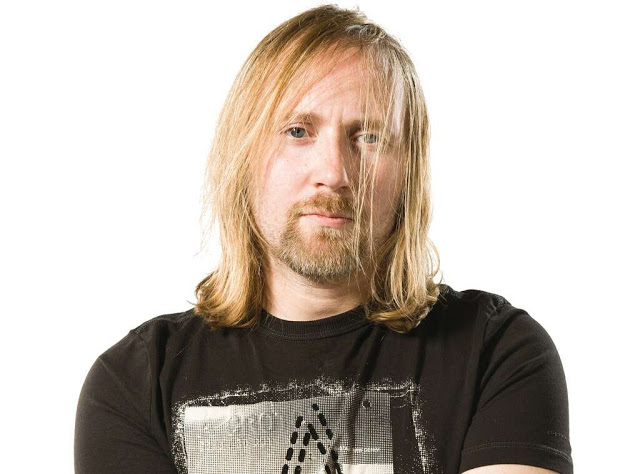 On his relationship with former Genesis guitarist Steve Hackett – I was living in Germany at the time and he was touring and I went to see him, went to see the show, and got backstage to see him and we reconnected. We spoke for a few hours, actually had a couple of beers, and really kind of got into things. Eventually down the road, like about a year later down the road, I got back in touch with him and asked him if he’d contribute to a song on my album. I just love his guitar playing, it’s always going to hit a very kind of personal note for me. Unfortunately, we were able to be in the same studio at the same time.  He recorded his guitars and sent me the file.  I kept everything. I didn’t chop it up or edit anything. I just put it in the session and let it breathe and live its own thing. 9:00
“The Big Bang”
On the possibility of touring – I’d love to. I’ve already got a band lined up. Actually, a lot of the guys that played on the album, like Gaz Williams is interested, Kelly Nordstrom, who played on the album, played a lot of stuff on the album and Robbie (Bronnimann)  on keyboards. The drumming position’s got a big question mark on it right now, but we’ll see.
How I’ve always set it up is I’ve had two drum kits on stage. During the more kind of progressive songs, I’m able to just run back behind the kit and play for whatever 16, 32 bars or however much is there. Because of “The Big Bang” that I did on U-Catastrophe, I’ve always incorporated that with my live show so me and the live drummer just have to have a drum battle. 12:17
Follow Simon:
Facebook | Official
Share. Facebook Twitter Tumblr Email