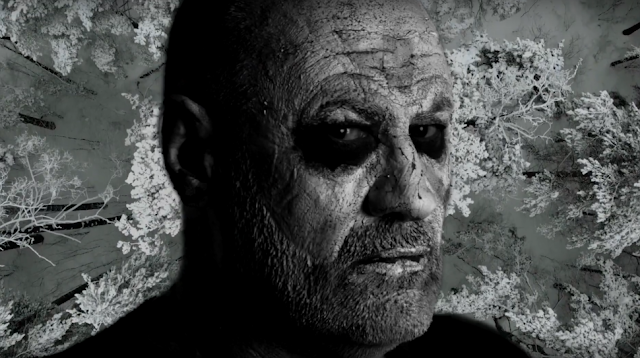 A Conversation with Fish

The words of Derek Dick first entered the public consciousness nearly 40 years ago.  After reaching worldwide success, Dick, better known as Fish, set out on a solo career. As he releases his 11th solo record, the stunning Weltschmerz, he is ready to retire from the music business.

Due to a technical issue, the beginning of my introduction was cut from the recording. Below is the full introduction:

I cannot overstate the importance of today’s guest in my life.  His words have been a part of my life since I was 14 and are directly responsible for the name of this website.  He is about to release his 11thand final solo record entitled Weltschmerz.  It is an honor and a pleasure to welcome Derek Dick, better known as Fish.

Please press the PLAY icon below for the MisplacedStraws Conversation with Fish:

On changes to his retirement plans – It’s really weird, I’m actually taking a gap year from my retirement. You know, it’s really strange. The idea in 2015 was to take Misplaced Childhood out, to do that as a full album, a full performance, say goodbye to that, then do Clutching at Straws, that was supposed to be with the Weltschmerz album. Because of delays, we went out kind of half-cocked with Weltschmerz but we had a great Clutching at Straws tour. The idea was to have, Weltschmerz should have been out and in 2017 but with everything that happened along the journey it just got knocked back and knocked back. We’re sitting here with the album, but with a tour that was supposed to have this album, the Weltschmerz album, and the Vigil in a Wilderness of Mirrors album as a full performance. That’s all been kyboshed by Covid. So all my touring this year is gone and we’re talking about next year and I’ve got a European tour to be replaced next autumn. But in all reality, I can’t see that. I mean, people are talking about this going on for months and months on end. And I can’t see any vaccine happening until the end of autumn, no matter what anybody says. I cannot play reduced capacity gigs with social distance, it just doesn’t make financial sense. So, my whole retirement plan has been marched off the rails a little bit. What we’ll do now is basically ignore the Weltschmerz and Vigil tour and go right into the final tour 2:48

On the title Weltschmerz (a sadness or melancholy over the state of the world) – I like to get an album title in early. Every album I’ve ever started, including Misplaced Childhood, I had the album title right at the very beginning, and that’s like a lightning rod. With Weltschmerz, I was living a lot of my life in Germany. My wife Simone, we got married in 2017 but back in 2015 she was living in Karlsruhe, in the south of Germany, and I was living across in Scotland near Edinburgh. So we were in an international relationship and I was spending four months of my life in Germany very much immersed in the Germanic. I speak German, my first wife was German, my daughter’s half German, it’s been a strange thing.  Being out there I was switching on the TV and watching the Syrian war start to unfold. The civil war happened and at the same time, there was the refugee crisis that was developed and particularly in Germany at that point. Every time I put the news on I was feeling a sense of helplessness, being overwhelmed. And that was why I picked up Weltschmerz. The idea was I didn’t want to write a big politic, big corporate, big bank, big whatever I wanted to strip it all down to characters. What I write best about is kind of observational writing and putting characters in a situation. So all the songs on Weltshmerz are like mini screenplays, people living existing on this planet, in this world that we inhabit at this moment in time, which is what an incredibly stressful and it’s not a pleasant environment every time you switch on the TV. I think there’s a lot of social issues and especially mental health issues that have manifested themselves in recent years because of what we’re being subjected to as citizens of the world. 5:30

On the setbacks of recent years – In 2015 I went out with the Childhood album and the farewell performances. In 2016, I had to reschedule some of the performances because my keyboard player John Beck broke his arm outside the hotel and I’d gone down with, ironically, I went in with a horrific respiratory virus on the German tour. I replaced the dates that I came back and my dad had been pretty ill before I went out.  He was starting to, there were things happening that were starting to look like an endgame. When I came back from the tour we were right back to his end of days.  When he died, the effect it had on me was a lot more than I prepared myself for. I mean, I thought, I kind of steeled myself for his death. But when it happened, it was, it hit me a lot harder than I ever thought. And I basically lost 2016, which ended without an operation for a spine, a recurrent spinal problem I had. And then ’17 had another big operation on my rotator cuff, on my shoulder, which took me out of the game for over two months. I didn’t really write the first lyric, which was “Little Man What Now”, until the end of ’17.  I was dealing with my father’s death through ’16 and ’17. There’s a Scottish thing “my head was full of chocolate frogs”.  I couldn’t write, I had writer’s block and there was so much in there swirling around and churning inside me but I just couldn’t get it into the paper. And it wasn’t until I sat down and put the “Little Man What Now” lyric down that it started to move. When it moved into ’19 I had two bouts of sepsis within months of each other than nearly killed me. 7:50

On his fondness for epic songs – That’s why I was attracted to progressive rock music in the first instance. I mean, I was brought up as a teenager and I always listening to Yes, Genesis,. Floyd. I wasn’t in the glam rock thing. I mean, as much as I appreciate the songs. I don’t play an instrument, therefore, lyrics has always been my mainstay. And one of the things is very important to realize is I’m a writer who can sing, not a singer who can wrtite11:00

On the track “Rose of Damascus” – “Rose of Damascus” was an idea that came from Channel 4, a news station that is quite, Americans I think you call it liberal, it’s a left-wing kind of news program and one that I really enjoy and take a lot of information from. They had a section at the end of one of the news hours and it was the government of Aleppo. And it was a man who was running a garden center in Aleppo while it was under bombardment. They interviewed him there and they were talking about him growing plants and put them onto the roundabouts in Aleppo because the roundabouts were always famous for flowers. He planted flowers in the roundabout of Aleppo to give some sense of normality and I really love that. Being a gardener myself and also having the garden as a sanctuary for me after my father’s death. I mean, it’s what I lost and found myself. I can relate that story and I started to research it. The original title was going to be “Garden of Aleppo” or whatever. And then I started to move through it and started to research  Syria and Damascus, the Civil War, and it just became a far more elaborate picture. And I needed to address that without going into the aforesaid big politic, big war. I wanted to strip it all down, and I was looking for an end to get this lyric. While I was researching I was always looking for a flower that was associated with Damascus and I found the Damask Rose. And the Damask Rose is one of the oldest roses. It is one of the basic roses in the European cultivar. It is one of the base roses for a lot of the European hybrids. The flower, the Damask Rose was famous for its perfume, which is why it was harvested. I started to read more about it and I came across the fact that the Damask Rose is actually in danger because most of the areas where the roses are are in the middle of the battlefields and nobody goes, obviously, because of the war and existing minefields and stuff. So I was intrigued by this. And then I found out that the rose, the original Damask Rose, was that as mythology goes, it was brought back by a French knight in 1345 and he found the rose at the foot of the walls of Damascus during the siege in 1345 and brought it back to France. And that’s why it became one of the foundation roses in the European cultures. And I just saw the story right there with a refugee, I just saw the rose as a symbol. And with that, I decided to invest all the properties and devise the storyline of a young woman. So the young woman herself becomes the rose, becomes the bud, becomes the flower that is heading towards France. And that’s why the song ends as it does with her just going under the water and actually holding a Damask Rose that she found in the rubble in whatever city she was in,. But I love development. People say, well, what are you going to do after music? I want to write screenplays.  Damascus is a film. The music and everything. The entire approach that Calum Malcolm and Steve Vantsis and I had was is going to be cinematic.12:00

“Man With A Stick”

On his partnership with Mark Wilkinson – With Weltschmerz right from the very start I talked about the idea of the themes of the album I was sending Mark lyrics and demos through the entire creative process, I mean, he’s kept up to speed with what we’re doing, and he knows kind of where we’re at. When I originally mentioned the idea of gardens, flowers, plants, etc. and he came up with this kind of amalgam this kind of half-man, half-plant thing that’s kind of this new, emerging creature that was happening and I like the idea. We kind of followed that he followed that. There was a couple of moments where we did have our differences in opinion on where things were going. But Mark came up with images, I just kind of move him down into certain areas and it worked well. The deluxe version of this album has got one hundred pages in it. Right at the start, we said, OK, if we’re going to end with an album, this is the final album, we’ve got to put a package together that defines it’s a final album, represents the peak. I’m like, “Let’s do 100 pages in a hardback!” 17:20

On his overall feeling about Weltschmerz – I was really happy when Simone, my wife, and I sat there on the couch and listened to the final mix in the correct order that Calum Malcum, our producer, sent in.  We opened up our first bottle of wine for six months and it was a great feeling. It was like we’ve done it. I’ve achieved what I set out to achieve, which was to end my career with a great album and this is the album that I always wanted to hear when I was 18 And it’s the album that I’ve always wanted to make as a musician. 24.50