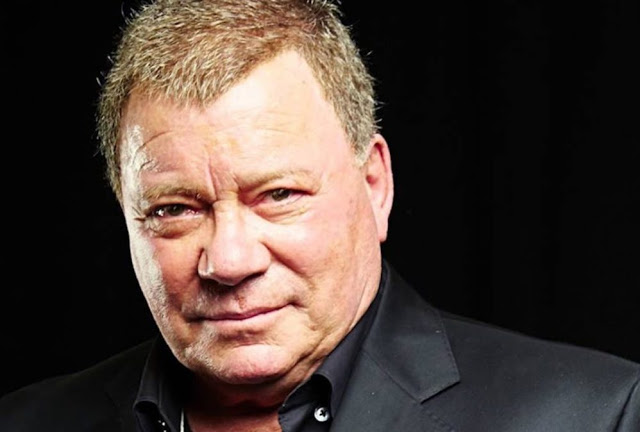 There are legends and there are icons.  For over 50 years, William Shatner has been an American icon.  Beginning with the original Star Trek in 1966 and continuing through shows like TJ Hooker and Boston Legal Shatner’s acting career is well defined.  However, music has always been a big part of his life, and he is about to release his 6th record, simply titled The Blues.  The record is filled with special guests and Bill recently took some time to talk about it.

Please press the PLAY icon below to listen to the MisplacedStraws Conversation with William Shatner:

On the video for “I Put a Spell on You” with Pat Travers – We chose that song, “I Put a Spell on You”, to be a music video which will come out at the same time that the album is coming out. “I Put a Spell on You” is kind of like a crazy song of this guy cackling with laughter that I put a spell on you and now your mine. So I suggested, it’s an animated video, I suggested to the animator that’d be a bar and me buried in a booth somewhere looking with lust and longing at the barmaid who is serving drinks, and it’s inside my head that I’m saying “I put a spell on you”. She’s totally unaware that this crazy guy is lusting after her.  It’ll be really funny, I think, and at the same time, it’s a different interpretation of that song. 3:30
“The Thrill is Gone” Feat. Ritchie Blackmore
On choosing which blues classics to cover – What I did was I canvased people who were in the blues. I was given books by people in the blues and then so that I understood. I’m a Canadian from Montreal trying to record the blues, what do I know? But what I do know is that the blue stems from pain and anger and humor and all of which are buried inside me. So I understood the impulse, not the manner of delivery. I could get to understand, play the blues, understand the blues talk to the blues people, and realized that the people who are in the blues have a reverence for the music. It is probably unique to any other form of music. They don’t want you messing with the blues. So I’m not messing with the blues, except I’m interpreting it in my way and have the greatest blues musicians accompanying me. 4:45
On fitting his vocal style to the song – You need the great lyric. That’s why the country music album (Why Not Me) lent itself in that manner or indeed the Christmas album that I did this past Christmas that did very well. All the songs with words that you can understand that you can identify. I came to it slowly years ago.  As a classical actor being aware and having to stay within the poetry I had a leg up. I took the feeling for poetry into songs and gradually, each album I think I got better and better at it, trying to meld the lyric and the music that is not singing but it is singing, is spoken word but it’s not spoken word. So I give you the feeling of the song and you don’t lose the melody. And I’m trying to find the ways where a singer might extend the note for dramatic emphasis. I can’t do that, what do I do instead? And that’s the experimentation I’ve been doing. And I think this blues album is the culmination of all the experimentation and attempts that I’ve been doing before. 6:30
“Let’s Work Together” Feat. Canned Heat
On returning to music in 2004 – I did an album early on in my career (The Transformed Man, 1968), and it wasn’t that successful, and I dropped it. Then a great musician on the name of Ben Folds heard it asked me to do an album with him (Has Been), a song first of all and then an album, and I was off to the races. I’ve done several since then and each one of them growing in my ability to do them. 8:50
On songwriting – When you write, you’re out on the ledge. You presumably, and I guess, it’s what I’ve been doing, you need a hook. So if I write a song about what is time I need to be intelligent about it. “Where Does Time Go?”  I believe it’s a time with the song (written with Billy Sherwood of Yes, Ponder The Mystery, 2011). You’re having fun. Time goes by quickly, but of course, that’s just your individual interpretation. Time does not go by faster or slower, time is the steady beat of whatever it is, your heart, the rhythm of nature, whatever that is. So you have to be intelligent about the hook. But you also have to be good. The images you use have to be poetical and then they have to fit a melody line. So writing a good song is really challenging. Interpreting somebody else’s is challenging as well but in a different way. 9:50 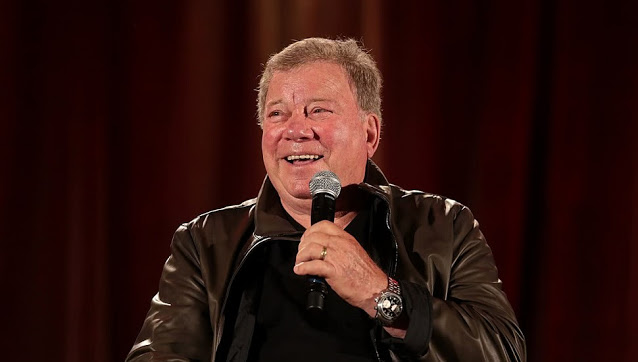 On the idea of touring – I thought that this album makes a really good tour makes really good stage entertainment. But boy, the amount of work that this would require.  I’ve been touring a lot. I’ve got a tour planned next  December, a16 city European tour next December doing a special thing. I’ve been touring the States, I’ve been touring in America all the time…I sat beside Joe Walsh at a dinner once and we were talking about touring. I said, “It’s just debilitating, I fly in in the morning, I find a hotel room, and then I go to the venue then I have to leave the next morning.” I said, “How do you handle it?”  He said, “We go in with 17 vans, we have a charter plane, we fly in and we stay a month then we fly home”… that’s not touring, that’s going someplace and performing for a length of time, you bring your wife, you bring your kids you bring the dog and you have a good time in the city where you’re supposed to be touring! 11:30
Follow William Shatner –
Facebook | Official | Twitter
Share. Facebook Twitter Tumblr Email