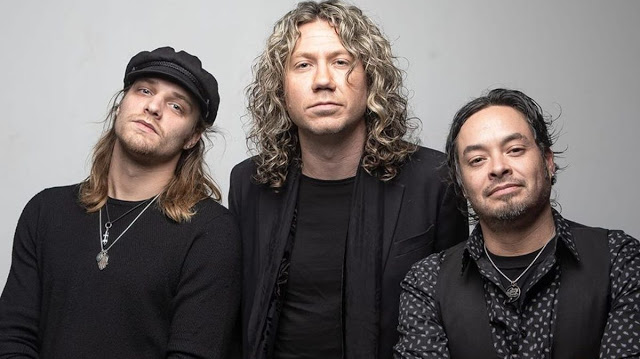 A Conversation with The Black Moods’ Josh Kennedy & Chico Diaz

If you’re looking for the perfect rock n’ roll soundtrack to your summer, look no further than The Black Moods and their new record Sunshine.  The band brings together a perfect blend of 70’s riffs with 90’s alt-rock to create a modern rock sound that stands apart from other new bands. Singer/guitarist Josh Kennedy and drummer Chico Diaz recently took some time to talk about the new record, a live stream benefit they have coming up on 8/20, and more.

Please press the PLAY icon below for the MisplacedStraws conversation with The Black Moods:

On how The Black Moods started – Josh – I grew up in Missouri, and I moved. There wasn’t a budding rock scene in the southwest Missouri Bible belt, as you could imagine. So I packed up and moved to Phoenix to go to school, and, when I got out of school, I did my internship at the Gin Blossoms’ recording studio. So I was just working there in Tempe, and Chico was from that area playing around and bands and, long story short, we met through mutual friends. I was playing with a drummer at the time that was his buddy and he had left and introduced me to Chico. :50

Chico – I was born and raised in Tolleson, which is a suburb of Phoenix, west Phoenix. I played music and several different bands. When I met Josh, I just got off of about a three-year hiatus of playing music with bands. I was actually studying Latin and jazz and funk,  so when I met Josh,  who’s a rock band, I really sucked. I could not do what he called Jive. And I remember looking at my books like what is jive? That’s not in the dictionary. I don’t know what that means. One of my other buddies told me, “You know what Jive is? Take three shots of whiskey before you get there”. 1:50
“Sunshine”
On starting over with Sunshine –  We had got rid of our management and got off the Sony deal that we were on. Because, the problem we had there, they weren’t giving us any support anyway. So they didn’t go to radio and they told us we weren’t a radio band, which is really funny to think about now after four hits out of the next record being on top 40 you kind of just scoff at that. There was nothing that they were doing we didn’t think we could do better by ourselves. So we knew once we got off that that it was gonna be better. 4:45
“Bella Donna”
On their influences and sound – Our band is bigger 70s fans than 90s fans and60s fans. We didn’t look around to the marketplace, I’ve heard of some of the other bands say, “Well, we listened to what was on the right now and there’s no Aerosmith so let’s be that. There’s no Zeppelin so let’s be the Zeppelin.” We don’t see ourselves is trying to rip off any one band, we’re not just influenced by that. We didn’t feel like there was a hole in the market place we need to fill. We’ve been playing the way we play since Chico and I have known each other. So it’s just that kind of everybody’s coming around. We grew up on CCR, all the Southern rock bands. And then when the nineties came around, it was, as far as songwriting goes, it was Nirvana and the Blossoms and Counting Crows and Stone Temple Pilots. So those both of those generations of rock kind of melted themselves from what we do, you know? But we’re not out to sound exactly like anybody, and I think that kind of shines through. There’s a little bit of everything and what we do. 6:10
We just write music that we like. We’re kind of selfish that way. We don’t really care what’s going on. I like it so let’s play it.
“Whatcha Got”
On working with producer Johnny K (Megadeth, 3 Doors Down) – The only problem with Johnny K is he’s got too many ideas.  He’s so quick and whenever he was like, “Well, we need a part for this” he’ll jump right in so you gotta be ready to go. That’s the one thing I learned from him, and it’s frustrating, too, it’ll feel like he doesn’t give you a chance. Well, you just got to have all your ideas firing on all cylinders like he’s got all the time if you’re gonna keep up. He’ll tell you, “C’mon knucklehead, what do you got?” 10:40
“Bad News”
On not being able to tour due to the pandemic – It’s not weird. We see it’s just gonna happen, we’ve accepted it. We’re like chameleons and we don’t stop.  We had no intentions before this to start the next record,  we weren’t even thinking about the next record. Well, pandemic hits and you can’t tour so we’re not going to sit still and say “Woe is me”, we’re going to make the next record. So when we can tour, we already got it locked and loaded. We’ll drop single throughout the way as well like we did last time. So to answer your question, I try not to think about it too much because I love touring, I love traveling. I love people, meeting new people, playing for people and we try to make do the best we can.  Next week, I think it is around the 15th, we’re going to do a show in a parking lot at a radio station in Springfield, Missouri, Q. 102, and it’s social distancing. We have a bus and a trailer now, and we have enough power that we can power our own PA and mic systems so we don’t even have to go in the building. We don’t have to touch anything of theirs, we’re self-contained. So we’re going to start doing more things like that, and it’ll be a secret show. Everybody’s going to be spread out to the big old parking lot. So we’re conforming to what’s different so we can still bring to the people what they need and honestly, a little more selfishly, what we need. We play for people. All this is kind of the new normal right now. Nothing’s ever going to go back. I don’t think completely the way it was. 13:00 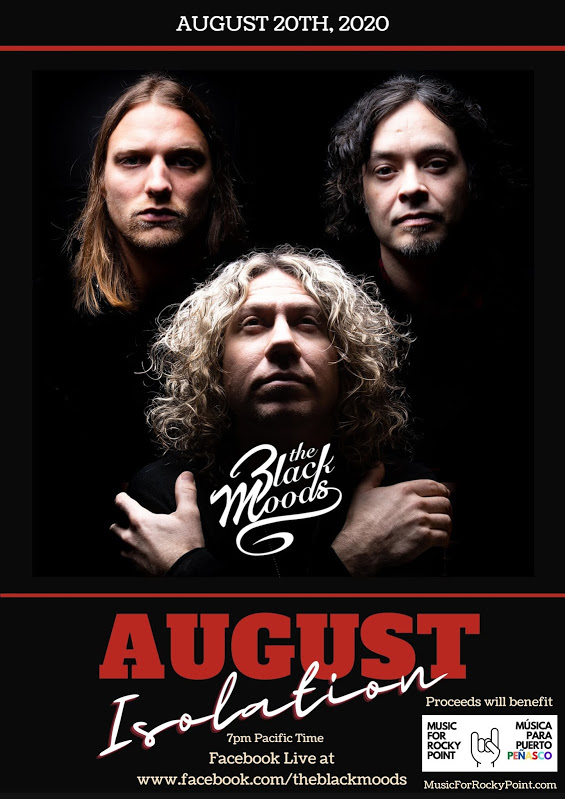 On the Music For Rocky Point Benefit – We’re doing a Facebook Live, completely free, but tips and donations, all proceeds go straight toward Music for Rocky Point. Rocky Point is, for one, that’s where my grandparents lived for a long time when I was growing up. I remember being in high school and seeing bands play at the at one of the bars, and I was like, Man, how cool it’d be to played music on the beach. Well, fast forward, years later, we’re playing music on the beach, and it’s super awesome in front of thousands of people. So it’s always kind of had a home feeling to me. We started playing with Roger, Klein there and he really helped us get a head start of where we’re at. He really helped catapult it. And so we’re thankful to him and the community and just everybody there is just wonderful…It’s Mexico, so they’ve always had trouble, and their main source of income is tourism. Well, they shut the border, and,  they’ve already had troubles even before the pandemic. So if we can bring back something to our family down there, that is already in need through music, there’s nothing better that we want to do.  15:10
Follow The Black Moods:
Facebook | Official | Twitter
Share. Facebook Twitter Tumblr Email