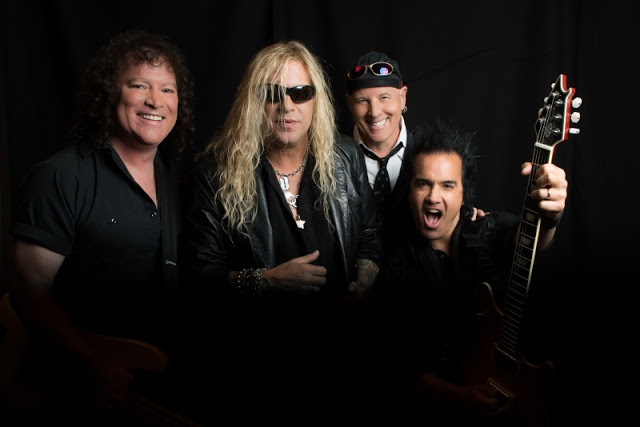 By Jeff GaudiosiJuly 10, 2020Updated:May 29, 2021No Comments10 Mins Read
Share
Facebook Twitter LinkedIn Pinterest Email
Not many bands have the pedigree found in Tokyo Motor Fist.  Its members, Steve Brown, Ted Poley, Greg Smith, and Chuck Burgi have been in Trixter, Def Leppard, Danger Danger, Blue Oyster Cult, Rainbow, Billy Joel, and countless other bands.  They are about to release their second record, Lions, and Steve Brown took some time to talk about it and his incredible career.
Please press the PLAY icon below for the MisplacedStraws Conversation with Steve Brown:
On the band coming together –  Getting back to the debut album we when we put the band together from Frontiers Records, and I got to give a shout out to Sarafino (Perugino) and everybody at Frontiers because it was their idea, they’re known for putting together these so-called “Super Groups”. So it was a logical step because Bruno Revel who also coincidentally mixed Lions, the brand new Tokyo Motor Fist record with me,  Bruno is my bandmate in Danger Danger, he has a great side band called The Defiants. So I think it was a natural knee-jerk reaction for Frontiers to go “Hey, well we got to get Steve and Ted to finally do a record”, and so it was very natural.  Ted and I grew up in the same area of Bergen County, New Jersey, Chuck Burgi is a Montclair, New Jersey guy, Greg Smith’s a Long Island guy, so we’re all very much in tune. We have the same sort of crazy sense of humor and a love for each other. All of us have been known each other and (been) friends for over 30 years so it made absolute sense for this to be the line up for Tokyo Motor Fist And I couldn’t be happier. 1:00