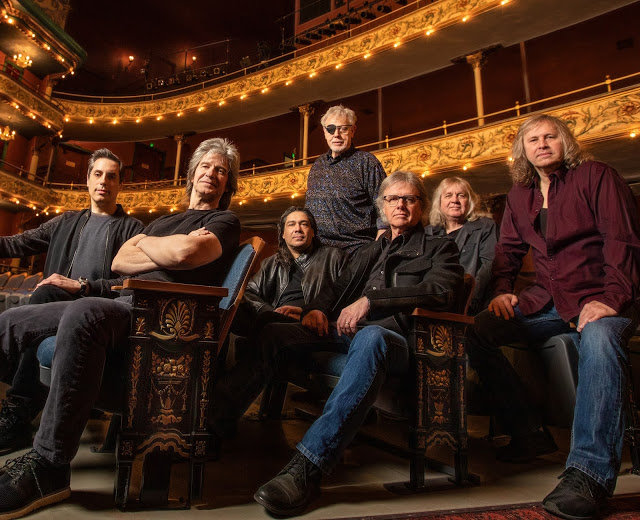 By Jeff GaudiosiJuly 28, 2020Updated:May 29, 2021No Comments8 Mins Read
Share
Facebook Twitter LinkedIn Pinterest Email
After 40+ years of making music, you may think you know what to expect from a Kansas record.  However, their new record, The Absence of Presence, shatters your classic rock expectations and brings you into firmly into the word of 21st Century progressive rock.  Thanks to an infusion of new blood, the band sounds as vital and modern as ever.  Keyboardist Tom Brislin is a huge part of this fresh sound and took some time to talk about this exciting new release.
Please press the PLAY icon below for the MisplacedStraws Conversation with Tom Brislin:
On how he joined the band – The first performance with (his band) The Sea Within was in Germany in summer 2018 at the Night of the Prog Festival. It was an opportunity for me to get reacquainted with the head of our label, Thomas Waber from Inside Out Records. I think he first saw me play with Yes in Germany in 2001, I had appeared on a few Inside Out titles over the years, but this was really a great way to actually have a face to face and that performance was really special. As as it often goes with these festivals you’re sort of up against some logistical things that make it a challenge to put a show on, like not much of a soundcheck or rental gear, you name it. So there’s always a little bit of extra fire under you when you’re doing a festival but I thought that we had a really good performance and it was really special to bring that music to life for the first time.  I guess the impression I made on Thomas held with him because when Kansas had the need for a keyboard player he recommended me to them because they are label mates on Inside Out, and so just a few months later I got the call from Phil Ehart asking me to join the band. 1:00