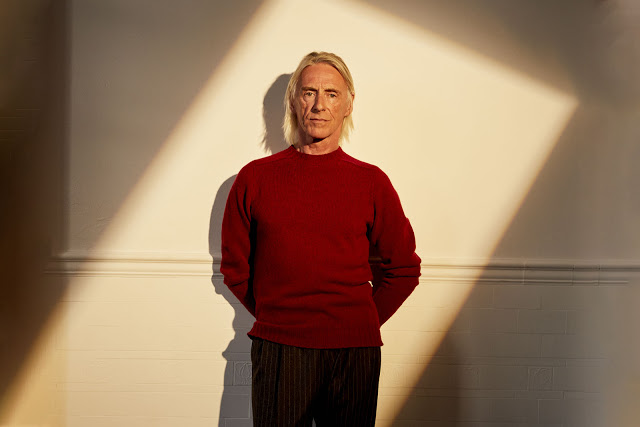 A Conversation With Paul Weller

By Jeff GaudiosiJune 30, 2020Updated:May 29, 2021No Comments4 Mins Read
Share
Facebook Twitter LinkedIn Pinterest Email
Few people can boast of the career Paul Weller has created.  Starting with the groundbreaking mod/punk sounds of The Jam into the soulful pop of The Style Council through to a decades-long solo career, when it comes to reinvention, Paul Weller is second only to David Bowie.  He is about to release a new record, On Sunset on July 3  and took some time to talk about his incredible career.
Please press the PLAY icon below to hear the MisplacedStraws Conversation with Paul Weller:
On whether he had a specific sound in mind for On Sunset – I think in sort of vague kind of notions.  I wanted it to be quite soulful sounding then but at the same time, I wanted to have an electronic edge in places as well.  And then just to show that we can play to our capabilities, beyond our capabilities…I think everyone was on top of their game, that’s what I think because we’ve all played together as a band for such a long time. 1:05

On the need to change and reinvent his sound – I really sort of have to do anyway for myself. Which sounds incredibly selfish, maybe it is I don’t know. But it’s just I don’t want to repeat myself, which is inevitable at times if you’ve done this for a long time. But as much as possible I try not to repeat what I’ve just done, I try to move on, take it someplace different.  I really do it for myself, to be honest with you and I just have to hope other people like him come with it. 2:50
“More”
On what inspires him to move forward – Essentially, how much I love music still. That’s kind of undiminished for me and I probably have a greater appreciation of it now than when I was a kid. But nevertheless, the inspiration from it from the time I can remember to now is immense. That alone makes me still want to make music. I want to see if I can be as good as some of the people that influenced me. 5:22
“Earth Beat”
On recording 2019’s live record Other Aspects – We only played two shows with this orchestra at a  place called Royal Festival Hall so we filmed it and recorded it.  I just wanted it documented really because I felt you’re not going to do this too many times in life. I wanted to have some kind of document of it.  It was such a brilliant experience, a weird, wonderful experience to play with folks like that. 7:45
“Village”
On the Rock & Roll Hall of Fame – I’ve never given it a thought and I don’t know enough about it. I don’t need validating by anyone really. Those things don’t really mean much to me, to be honest with you. I’m not being a killjoy or being miserable, I just don’t get awards.10:20
“A Town Called Malice” – The Jam
On the impact of the virus on touring – It’s all completely off, we’ve had to cancel all of it. We’ve got one UK tour in October, but I don’t think that’s going to happen either. We’ve rescheduled everything or worked on rescheduling everything for next year.11:40
“Shout To The Top” – The Style Council
On how he’s spending his lockdown time – Because of this lockdown I’ve had so much free time that I’ve started writing, so I’ve probably got half an album’s worth of tunes.  I’m half thinking of putting out a record next year as well. 12:35
On how music is consumed by fans – I probably have two different thoughts on that. One is I’m glad they’re still making vinyl, which will always be the format for me because that’s the one I grew up with…The digital thing, it is what it is, whether I like it or not. We all know about not getting paid by Spotify.  You’ve got two choices, you either go with it or you stop making music.  As long as I see my record on vinyl I don’t mind. 13:35
Follow Paul Weller:
Facebook | Offical | Twitter
Share. Facebook Twitter Tumblr Email