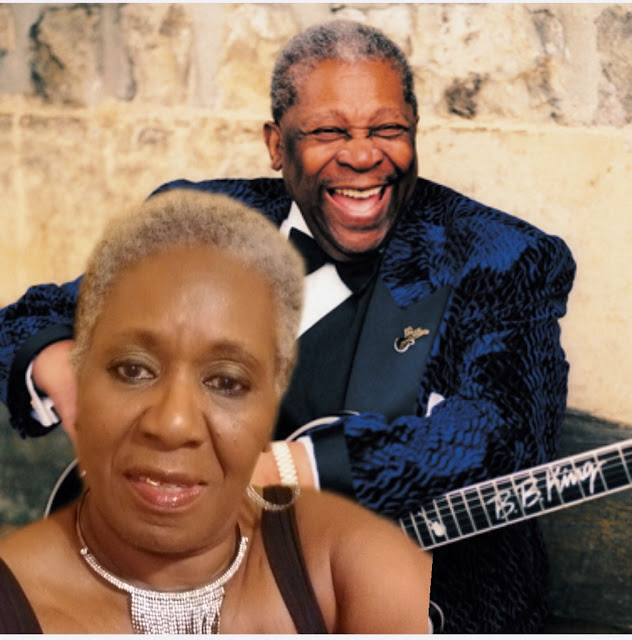 By Jeff GaudiosiJune 18, 2020Updated:May 29, 20212 Comments7 Mins Read
Share
Facebook Twitter LinkedIn Pinterest Email
BB King revolutionized the way most of America heard the blues.  His legacy began in the late 1940s and continued until his death in 2015. Shirley King followed in her father’s footsteps and began singing the blues in the 1990s.  She’s releasing a new record of blues and rock covers called Blues For A King featuring amazing guest guitar players and recently took some time to talk about her career, the new record, and her famous father.
Please press the PLAY icon below to hear the MisplacedStraws Conversation with Shirley King:
On how the songs were picked – I didn’t select the songs, I didn’t select the guitar players, I never would have picked these songs because I wasn’t familiar with them, I’m a blues singer.  But this was a total brainstorm idea by Cleopatra Records and Mr. John Lappen. This all came from them I had no idea what I was going to be doing because once they offered me money to record the album, and with my dad gone and not working that much I was glad to talk money, but I had no idea what I would be doing, And after I got paid, when I got the song list and was told what I was doing, I just almost started crying because I couldn’t feel that this was going to work for me trying to do the songs that I only maybe had heard but never taken the interest of as far as me recording them. So it was a total surprise. It was like being put in a room to do a test and you didn’t know what was going to be on the test. 1:15

On the influence of Etta James – Actually Etta James was somebody that I saw when I was 13 years old because my father was out touring with people like James Brown, Jackie Wilson, Sam Cooke. He wasn’t on stage with blues people, I started meeting blues people when I came to Chicago. I only saw the show business people when I was growing up and Etta James was the only female on the show with those guys. And when she walked down the stage, to me, that represented me. Even though I admired my daddy, he’s my hero but Etta James was like me. She was a female and when she came out and I looked at her, I go “Oh my God I want to be her,  I want to be like her”, that’s what I said. She started singing, I mean I had never heard any female thing like that in person. That was the first female artist that I saw in person and from 13 all the way up until I started singing I always tell everybody in every interview she was my idol.  5:22
“I Did You Wrong” ft. Elvin Bishop
On her father’s relationship to Memphis – Memphis is getting a chance to earn all the attention now from my dad. Because of any old thing, because he did the little commercial because he did the first recording…cause his cousin lived in Memphis and he came in and hung out in Memphis, but I feel so bad that the state that I was born in, the state right across the bridge from Memphis, which is West Memphis (Arkansas) is where all of my dad’s musical legacy really got started there. Because he was going over there to perform and do shows. It wasn’t so much in Memphis but nobody is speaking up for Arkansas. And you know if you really Google search and read back, my father was leaving Memphis after the radio station and doing the jingle…he would leave and go to West Memphis and Sonny Boy (Williamson) had a job over there, a regular job and he had to double up with something, anyway, he needed my dad to go in one weekend and see the employer and the lady that owned the place, my dad came in played and because he was generating attention from being on the radio and everything and he was really fine. My dad was really fine. All the women showed up, she had a packed place for a whole weekend and the men was coming in to watch the women, but they’re going to come and gamble and Daddy would be in there encouraging all the women that have fun. And Some of them be wanting to be his girlfriend. So really, things at first was happening for my dad in Arkansas, West Memphis, Arkansas. Then he went to spreading out in Arkansas. He went to spread out in Missouri…basically, those two states had him…That’s where the Good Time (how Lucille got her name) story came from,  in Arkansas, it did not come from Memphis. But Memphis has earned all the credit off of my dad and I don’t see that as being the truth. I never hear them mention West Memphis, I never hear them mention Helena (AR) or Turrell (AR) and that’s where all the baby mamas came from. Wherever my dad was playing at he was collecting his girlfriends along the way. So a lot of this stuff actually doesn’t all belong to Memphis. 9:40

On touring strategy – Actually, what I see happening now is me getting stuff added on to what I’m doing.  I did so much singing and performing on my own in this last 29 years because my father told me don’t coattail on his name, go out there and make your name. And so when you Google search you will see that Shirley King did a lot, but most of that was because she was BB King’s daughter. This is the first time I will be able to go out and tour on what Shirley King has done. Not because I’m BB King’s daughter but because of the record company being smart enough to put me in a place (to succeed).  They Google search too, they found out who I was and what I could do and everything, and they didn’t just grab me and put me there because I was BB King’s daughter. They use some of the techniques I’m saying now, this is how BB King did it, maybe we can do the same things with his daughter that’s been working for 29 years. So all this is gonna do for me is have me going probably to another audience that will come see some of these legendary guitar players and me getting up on the stage jamming my songs with them or them jamming one of their hits and me getting in on that and standing in with them. You know the names (are) coming together. I don’t have the songs out that my dad had where everybody get on the stage because his manager made everybody…If you want to jam with BB King you gotta sing one of BB King’s songs. Shirley King don’t have it like that, so if Shirley King get on the stage and sing with one of her famous guitar players, now, Oh wait a minute Shirley King has a song with that guitar player, let’s do the Shirley King song. 18:24
Share. Facebook Twitter Tumblr Email