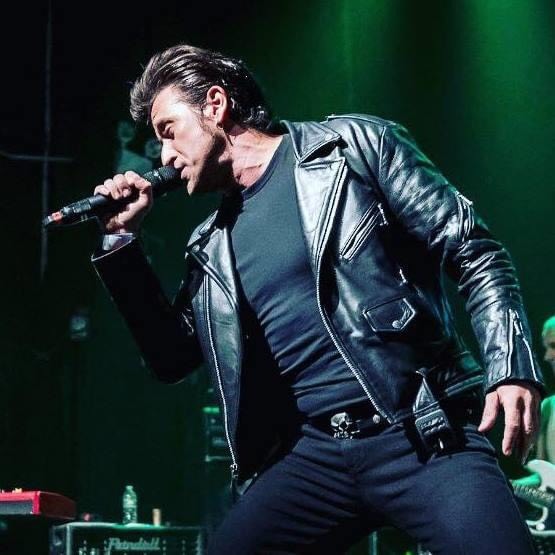 By Jeff GaudiosiMay 31, 2020Updated:May 29, 2021No Comments6 Mins Read
Share
Facebook Twitter LinkedIn Pinterest Email
If you listen to Hair Nation or Ozzy’s Boneyard on SiriusXM then you are no stranger to Tommy London.  In addition to his radio gigs, Tommy has also put out new music with a record coming in the fall.  Tommy took some time to talk about his new single, “Say Whoa”, his SiriusXM shows, Lady Gaga and so much more.
Please press the Play Icon below for the MisplacedStraws.com Conversation with Tommy London:
On making a quarantine video for “Say Whoa” – I was trying to find a way, well how can I still be musically relevant during this time? What can I do to still be artistic? And I was talking to my girlfriend about a video idea and she was like “What if you film people during quarantine?, I said, “That’s a great idea”.  You know the hardest part was getting people motivated to do it because everyone is  in there pajamas and just hanging out at home and now you’re telling them “Hey come on get excited for me!” And that was the hardest part.  But then as soon as you got a few videos it was like it would rain and then it would start to pour. Of course, I hit up certain people, Johnny Pi (Pisano) “Yeah you have to be in it, so no excuses from you”, and some others.  Kyle Mooney is a very good friend of mine Saturday Night Live, he filmed a clip.  Matt, of course, Matt Hogan and I wrote this song together, All the songs on my solo album Matt and I wrote. Johnny and Matt both play with Willie Nile, for those that are familiar with Willie. The thing with the video was I thought there was something missing, and one of the biggest things for me during quarantine that really hit me hard with the death of my good friend Jimmy Webb.  He was a rock and roll stylist. He had a store called I Need More which he owned with Slash and Duff from Guns N’ Roses. He used to work for many years at Trash And Vaudeville and dressed every rock star you could probably name. And I’ll tell you what man, I never met someone with such positivity about him. If I was having a bad day, even if I wasn’t looking for any clothes I would go by his store just to feel good. I knew that this guy would put me in a good mood and energy. It just sucks about his passing, it has nothing to do with the virus he was sick prior to all this, but it’s just sad that we couldn’t even do anything to pay tribute to this great man.  And I was like, you know I got some videos and pictures of Jimmy. Let me see if I can make it part of the video. I know he would have loved that. And that’s what I did. So I made it a tribute to Jimmy Webb. 1:21

On releasing his solo debut – The new record’s called Emotional Fuse and Matt and I did it together. It’s been in the can for quite some time. We were shopping it and all that great fun stuff and then I was like “Let’s just drop singles and put out on their own and see where the chips fall.” And we were all set for May and now I pushed until the fall, but you know what?  Who knows? I can’t even organize anything. If you were organizing something for the fall you’d have to start in June and July at the latest and, I don’t know It’s like I’m driving blind. 3:55
“Say Whoa”
On working with Lady Gaga – Marty (E.) the drummer of Dirty Pearls and myself were friends with Lady Gaga for quite some time.  We hung out at this bar on the Lower East Side, on the street where I still live actually, called Saint Jerome’s, where I met a lot of friends I’m still friends with to this day…we are all friends just talking about our dreams and where we wanted to go in music or if your a DJ or just in the arts. That’s all we would ever talk about, rock and roll, and well she went the furthest out of all of us. But the one thing that I’ve always said about her, and to her, is that she never forgot a friend/  Her head’s in the clouds but she always has kept her feet on the ground and that’s what I think helps her just be more successful. 7:00
“Boom Boom”
On his SiriusXM shows – I tell you what I love that job! I look forward to it every week when I’m on the air.  I’m on Saturday and Sunday mornings on SiriusXM Hair Nation and then on Saturday and Sunday nights on Ozzy’s Boneyard.   I mean I just love that gig. How came about was a friend of mine, we were just all hanging out.  He’s a big agent, we were just shooting the shit about music and whatnot…he says “You know so much about all these bands”, and I said, “Well, yeah it’s useless knowledge, good at the trivia night at the bar down the street”. He goes, “I’m friends with the president of SiriusXM”, and I’m like “Okay”. He goes, “I’m going to get him to meet you”…he actually puts out a group text, me him and Scott Greenstein, President of SiriusXM…Scott says, “Why don’t you come in, I’d love to meet you.  I don’t have any spots right now, but I would love to meet you.” So I went in, met Scott and we just really hit it off musically. 8:00
“Make You Love Me”
On the current state of the NYC music scene – Yeah well you know what’s weird, I had this talk with somebody prior to the quarantine, I don’t know if there was really a scene anymore but a community people. When’s the last band that we saw, I guess The Strokes might be the last band we saw come out (of NYC). So whenever someone says “How’s the scene?” I say it’s a community because I don’t see that happening, and that could always change. There’s some really cool spots to play, Bowery Electric,  Arlene’s Grocery, there’s a few other ones too that are small, like Berlin, that are really cool. Like I always tell people – Places aren’t cool, People are cool. That’s what makes a spot the place to be.  I feel that this community of people does support rock and everything and I do feel that, leading back to your question, after the quarantine that it’s gonna come in droves. Everyone’s itching to get out, everyone’s itching to play. The only problem is everyone’s just scared about being around each other. Until that slowly gets figured out then I think it’ll come back pretty strong. I think a lot of people are being creative under the quarantine which I think is really important especially just to keep your mind busy. 18:00
“Sugar Red”
Follow Tommy London:
Facebook | Official | Twitter
Share. Facebook Twitter Tumblr Email