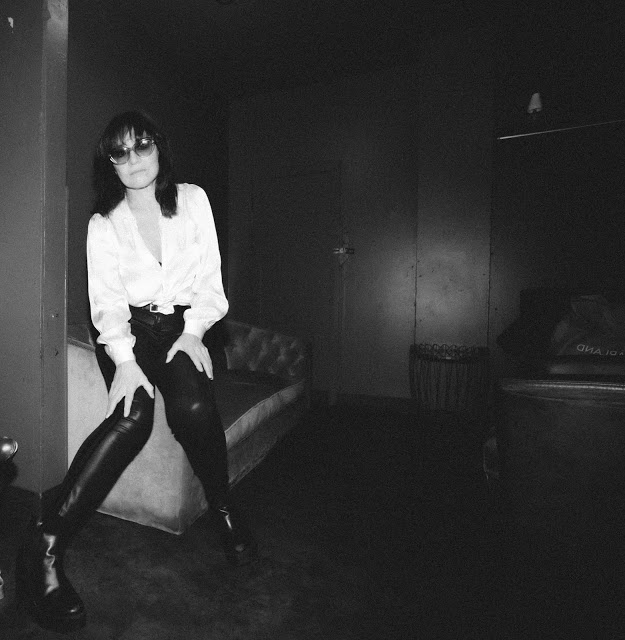 By Jeff GaudiosiApril 22, 2020Updated:May 29, 2021No Comments3 Mins Read
Share
Facebook Twitter LinkedIn Pinterest Email
There is a long line of amazing female singers and songwriters that have come out of New York City.  The latest is Diane Gentile, who, along with her band The Gentle Men, recently released their new record The White Sea. Featuring production from people like Steve Wynn of The Dream Syndicate and New York’s own Jesse Malin, the record is a perfect 35-minute slice of rock n’ roll life.

Photo: Olivia Jaffe
If you’re a fan of Little Steven’s Underground Garage station on SiriusXM then you may already be familiar with some of Gentile’s work.  As she explained during our conversation (which you can hear below by pressing the PLAY icon), the songs that make up The White Sea were recorded in separate sessions over the past few years as finances allowed.  Even though the 10 songs were recorded separately and with different producers, there is a cohesiveness to Gentile’s writing that ties it all together and gives the feel that tape was rolling over the course of a night and these songs were all born together.
When asked about the different producers on the record, Gentile points out that each producer turned out to be a perfect fit for the songs.  She talks about how, as a producer, Jesse Malin is incredibly supportive once he hears what he likes and how Steve Wynn was the perfect producer to bring out the urgency and guitar work on “Motorcycle”.
“Motorcycle”
The majority of the record was finished by 2018 when Gentile was involved in a very serious automobile accident.  The injuries from that accident had an effect on her voice, leading her to a vocal specialist in order to get her voice back before she could finish recording. The lead-off track, “Motorcycle”, was originally released as a single (along with the album track “Boyfriend”) in 2016 but still sounds fresh, vibrant, and ready to be played all summer long.  Gentile is hesitant to say who influences her writing but is quick to list artists she admires.  As she goes through that list, Bob Dylan, Chrissy Hynde, and Debbie Harry among them, you hear the essence of each performer in Gentile’s music.  Whether it’s Hynde’s rock n’ roll snarl on “Motorcycle” or Harry’s lilting vulnerability on the haunting title track, The White Sea molds decades worth of rock into a thoroughly modern sound.
“Little Things”
At her core, Gentile is a songwriter.  A track like “Little Things” becomes an earworm.  After one listen you’ll find yourself singing the chorus in your head all day long. Her lyrics bring a depth that her band, made up of guitarists Jason Victor and Alfonso Velez, bassist Matt Basile and drummer Colin Brooks, weave perfect melodies around.  While she has been labeled as every genre from punk to Americana, The White Sea shows that ultimately Gentile, much like the artists she admires, ultimately transcends niche genres and can create a record that fits any mood the listener finds themselves in.
“Perfect People”
Follow Diane and The Gentle Men:
Facebook | Official | Twitter
Share. Facebook Twitter Tumblr Email