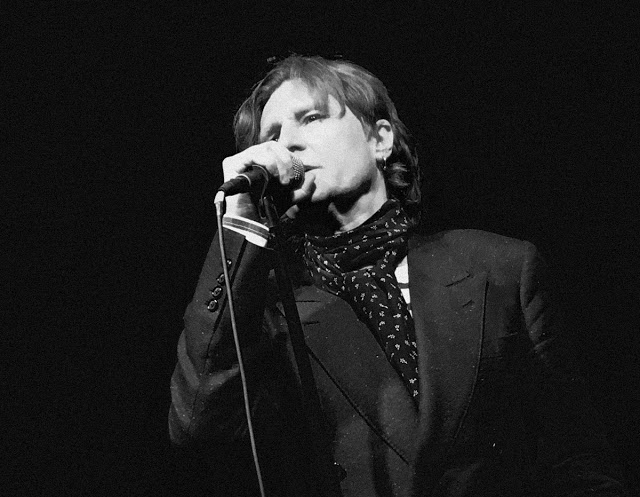 A Conversation With Vocalist John Waite

By Jeff GaudiosiApril 30, 2020Updated:May 29, 20211 Comment4 Mins Read
Share
Facebook Twitter LinkedIn Pinterest Email
Few musicians have a career quite like John Waite.  He first saw success as a member of The Babys, had huge hits with Bad English, and has topped the charts with his decade’s long solo career.  While we’re all home on quarantine I thought I would reach out and see if John would like to talk.  He was gracious enough to take a few minutes to fill all of us in on what he’s up to.
Please press the PLAY icon below for the MisplacedStraws Conversation with John Waite:
On the possibility of a new record – Absolutely, I mean I’m always writing,  always thinking about music. Bits of lyrics, words you read in a book, some you might read on the headlines in the New York Times. I mean anything comes out, just out of the blue and could be in a dream. But I have stacks of notebooks in my room in my condo. It’s just a case of finding that one song that cuts through the ice and makes it sort of like the flagship for the rest of the record .You need two songs to do it. You need to get the first one up, it’s like what you’re really trying to say and then another song that’s in harmony with it but doesn’t sound like it.  And from that point on the songs just fall out the sky. 1:49

On record sales and the music business – (2011’s Rough & Tumble) was very successful. We had number one single at Classic Rock Radio and away we went. It didn’t make any difference at all to sales because we’re in the age of the Internet and record sales are now really a thing of the past unless you have an audience is very young, they buy records or country (fans) they buy records down there…So you don’t make those records anymore to get in the ring with the big boys.  You just work at the speed you want and the following that you’ve got is looking for you to be the best you can be. As far as deadlines, I think that can be suicide, for Bad English, it was suicide.  A year after releasing that record and be on the road all the time tt’s like somebody rings up and says “We have to have the record  for summer or everything we’ve done doesn’t mean anything.” You bite that hook and you go in and realize that it’s almost an impossible thing to do.  There’s business and there’s music. The only thing wrong with the music business is the business 4:26
“Missing You”
On if he still enjoys touring – I enjoy it more now than I ever did because I  probably know what I’m doing more and my voice is stronger and you have more of an affinity for the craft of it.  And you do have more empathy, I think, for the people in the audience as they grow up. The world changes but it does get better. 8:51
“Rough & Tumble”
On what his fans mean to him – We do this meet and  great thing on the road and I try to spend at least five minutes with each person that comes, at least. Most people just wheel them through,  but it means a lot to me, that connection with the audience because it means somebody understood what I was doing. And in life, if you have someone who understands anything about you you’re ahead of the game. So if my audience likes what I’m putting out I owe it to them to show up and be available. 10:10
Bad English “Forget Me Not”
On whether he would take part in a Babys or Bad English reunion – No.  It’s just I think when you reach the end of something like that you’ve really… I mean I certainly did the best I could.  It’s not like I was holding back any kind of…I wasn’t holding back,  I never did. I was giving it my best shot. Once you’ve done that I can’t see going back and saying “Where were we?”. There’s a reason to stop and The Babys stopped. But if the other guys wanna go ahead with it that’s up to them. You know the past is the past. 13:00
The Babys “Every Time I Look At You”
Follow John:
Facebook | Official | Twitter
Share. Facebook Twitter Tumblr Email