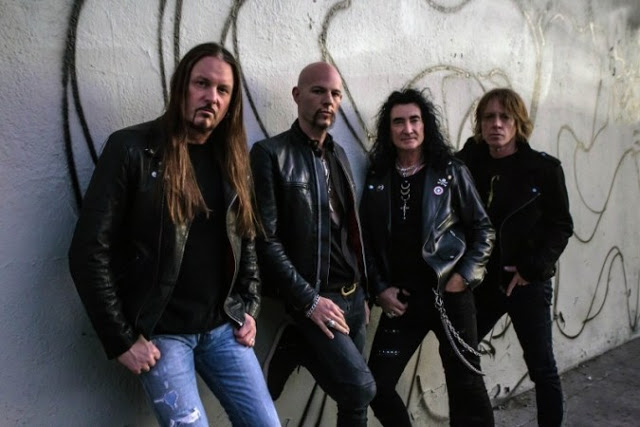 By Jeff GaudiosiJanuary 30, 2020Updated:May 29, 2021No Comments6 Mins Read
Share
Facebook Twitter LinkedIn Pinterest Email
Frontiers Records is at it again.  The Italian label is known for putting together all-star projects and its latest, Black Swan, easily ranks among the best.  Made up of powerhouse former MSG vocalist Robin McAuley, current Foreigner and ex-Dokken bassist Jeff Pilson, drummer Matt Starr of Mr. Big and Ace Frehley and guitarist extraordinaire Reb Beach of Winger and Whitesnake.  Reb recently took some time to talk about Black Swan’s debut Shake the World as well as his other bands and even teases an upcoming solo record.
Please press PLAY below to hear the MisplacedStraws.com Conversation with Reb Beach:
On how Black Swan came together – Jeff (Pilson) has done a few projects for Frontiers Records. He’s a great producer and he’s got a nice studio in LA. He was out with Foreigner and the president of Frontiers said “Hey let’s do another project” and I was out on tour with Jeff and he said, “Why don’t we use Reb?”. So he asked me and I jumped at the chance because writing (Dokken’s) Erase the Slate with Jeff was a wonderful experience and a great record. He and I work really well together so that’s how it kind of happened. Robin is like Jeff’s best friend which is good because he’s like the best singer in the world so I was really happy about that. 1:00

On writing Shake the World – When I flew out to L. A. and I got off the plane, Jeff said “You know you’re writing this record” and I said, “Oh, okay”. So I came in with about 50 ideas and  I had just a bunch of stuff that  I had done for Winger or Whitesnake.  I’m writing all the time and it’s all that 80’s stuff, that’s what  I excel in and that’s what I do. I’m a rock riff writer so you know when you write a rock song the best thing to start with is the riff. When you have a riff then you can find it here, where can we go from here and you know you’re starting with something good. 2:35
“Shake The World”
On working with Jeff Pilson – I spew out the guitar riffs and the music from my instrument and he molds it into the rest of the song. He’s great at just finishing the song. I’m terrible with finishing songs. I’m great coming up with verses and choruses and bridges, but when it’s time to go over what do we do now, I always paint myself into a corner and so I have all these unfinished ideas.  It’s always great to have Jeff finish all that stuff up for me. He came up with some riffs too in other sections to bring it all together, but just like last time it was a great writing team 4:10
“Big Disaster”
On the differences between Whitesnake, Winger and Black Swan – There’s definitely boundaries in Whitesnake. David doesn’t want any progressive stuff. He wants in-your-face rock and roll, any more than three chords and he’s going to throw it out the window. On the Whitesnake record, David wrote most of the stuff on an acoustic. I brought a bunch of ideas to the table and we did, like, 2 of the ones I brought in because he had a million ideas. He’d say “What do you think of this Rebel darling” and he would play 3 chords and sing a melody. He comes up with the melody and the chords at the same time. Just for the first single “Shut Up and Kiss Me”, when he said “What do you think of this “Shut Up and Kiss Me” and I said “Let’s make that the working title” and it ended up being the title! He’s totally different and then Kip (Winger) if I’m writing a riff. I can go more progressive with Kip’s stuff. Some of the stuff that I was doing that was in cut time, there’s a lot of cut time pre-choruses in Black Swan and Jeff really does that and that’s what I was hearing for those things. 5:15
Whitesnake “Shut Up and Kiss Me”
On his favorite track from the record – My favorite one is still “Shake the World” because I like the fast, bang your head stuff. That’s my favorite thing…I like “Long Road to Nowhere” I just thought that was a really good hook. There’s some good hooky stuff on there. 8:28
On the possibility of Black Swan touring – It depends how it does. If this thing takes off then, of course, there’s going to be demand for us to play live and to do another record and that’s kind of what the contract says. If this does well and we want to continue doing this then do you live shows when you can, when available. So we would have to put our heads together and get our schedules together to do some live shows. I would think we do the Frontiers Festival but I would hope that that would not be the only gig that we do because I would hate to have to learn all those fricken songs for one show because it would be a lot of work! 9:25 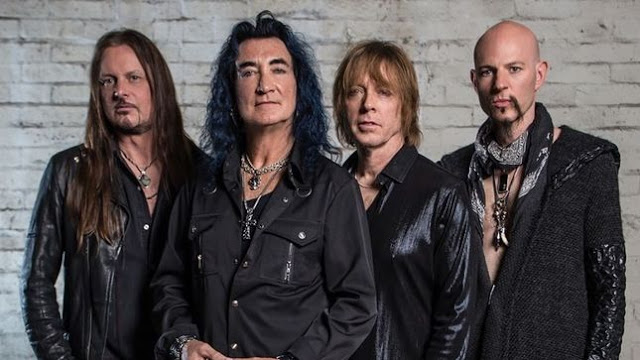 On being the longest-serving member of Whitesnake other than David Coverdale – I’m happy about it, I’ve seen lots of guys come and go. I guess it’s just been because I don’t get in the way at all. David doesn’t even know I’m there. I just hide and stay in the shadows. I actually used to do that but I don’t anymore because I’m the music director so Dave and I talk a lot, but it’s been 18 years so that is a long time. 13.43

On his upcoming solo album – I have a new solo album out in the fall. It’s instrumental, you know instrumentals typically just don’t sell anything. The problem is that I’ve had this music for a long time and Kip was like “You’ve got to release that stuff” and he helped me with it and got musicians to play it. It’s kind of like if Jeff Beck rocked more. It’s not your typical solo album but it’s very listenable it’s totally straight ahead it’s not weird and too progressive. 15:10