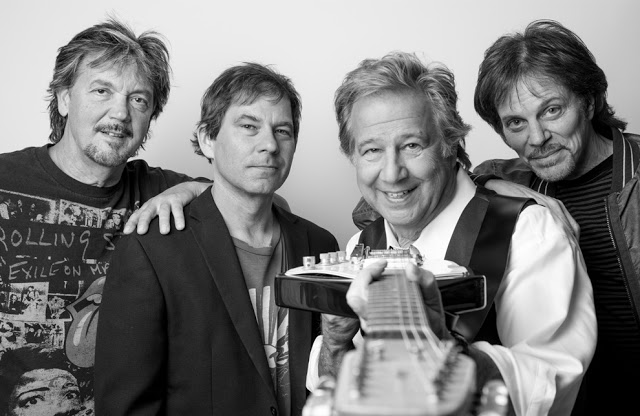 I had the opportunity to first talk to Greg Kihn on his 70th birthday and it quickly became a favorite interview of mine.  Greg is a wealth of knowledge and one of the nicest guys in the business.  Greg was one of the first people I thought of when I started putting together the idea for My Favorite Christmas Songs.  This edition is a little different.  Rather than counting down his favorite songs we just had an amazing conversation about Christmas music over the last 50 years.

Some of my favorite Christmas songs are stuff that I remember when I was a kid. A lot of the early rock and roll stuff like “Jingle Bell Rock”, Bobby Helms,  Brenda Lee “Rockin’ Around the Christmas Tree”, stuff like that because it stays with me.  Year after year it just pops up. These kinds of songs are evergreens,  they’re really perennials and they never go out of style.
“Jingle Bell Rock”
“Grandma Got Run Over By A Reindeer” by Elmo and Patsy is one of my favorite songs…I heard it just the other day and it really brought a smile to my face.
“Grandma Got Run Over By A Reindeer”
I also write Christmas songs, every year I try to come up with an idea…one is (about) the year that I almost missed Christmas. We were on tour in England and we were trying to get home and it was Christmas time and everything was on strike, everything. The airlines, the hotels the cabs. We had to wait in Heathrow Airport for about 3 or 4 days until the strike was settled and we got a flight going home. So during that 3 or 4 days, I was stuck and the only thing that was the pub.  I spent all my time at the pub drinking warm beer and commiserating but  I wrote a song there called “Let Christmas Come”. It’s about this guy just trying to get home for Christmas, it was autobiographical in nature.
“Let Christmas Come”
“Run Run Rudolph” was one of my all-time favorites.
“Run Run Rudolph”
Probably my favorite Christmas album is the Phil Spector album… unbelievable. You listen to that stuff now ain’t really ages well. It sounds as fresh and good now as it did years ago.
“Christmas (Baby Please Come Home)”
As far as a single, I’d have to say “Rockin’ Around The Christmas Tree” is one of my all-time favorites, I never get tired of it.
“Rockin’ Around The Christmas Tree”
“Christmas In The Heart”
Share. Facebook Twitter Tumblr Email