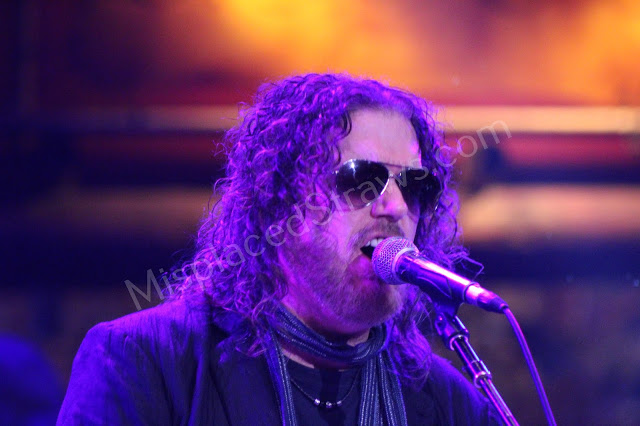 By Jeff GaudiosiDecember 17, 2019Updated:May 24, 2021No Comments4 Mins Read
Share
Facebook Twitter LinkedIn Pinterest Email
Like most people that follow this page, I’m a huge Guns N’ Roses fan.  I’ve been lucky enough to see nearly every lineup of the band over the years.  Other than Axl Rose himself the one person that has been in the band longest is Rock N’ Roll Hall of Fame keyboardist Dizzy Reed.  While on a break from the ongoing GNR tour, Dizzy and his side project, Hookers & Blow, recently made their way to the intimate Wolf Den at Mohegan Sun Casino in Uncasville, CT. 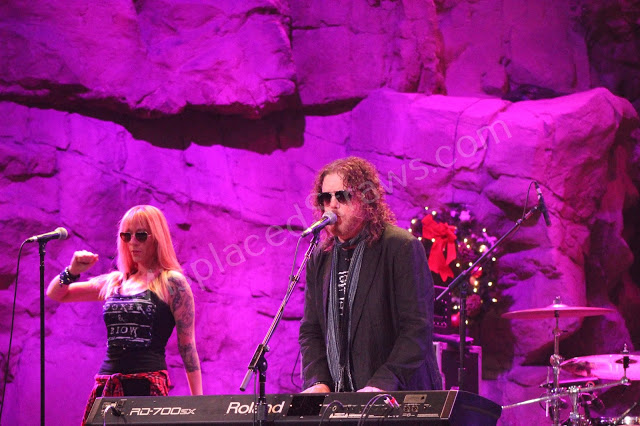 Over the years Dizzy has toured frequently with his own band and 2018 saw him put out his first solo record, the really strong Rock N’ Roll Ain’t Easy. The Wolf Den is a very small venue, only holding a few hundred people but turnout on this rainy December night was sparse for an act of Reed’s pedigree.  His band has a distinct Connecticut flavor with bassist Mike Duda (W.A.S.P.) and guitar player Alex Grossi (Quiet Riot) both hailing from the state.  The group was rounded out by Johnny Kelly (Type O Negative) on drums and Reed’s wife Nadja on backing vocals. 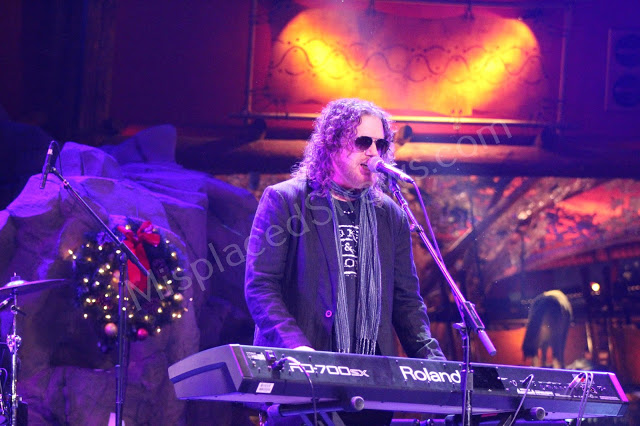 As expected, the set was heavy on Gun N’ Roses tracks, 6 of the 14 tracks in the set came from the band.  The rest were a mix of eclectic covers and 2 from Reed’s 2018 record.  Reed handled vocals on most of the tracks with Nadja taking the mic for a cover of the Beastie Boy’s “Fight For Your Right (To Party)”.  If you’ve seen GNR over the past 30 years or picked up Dizzy’s solo record you know he is certainly a capable vocalist. 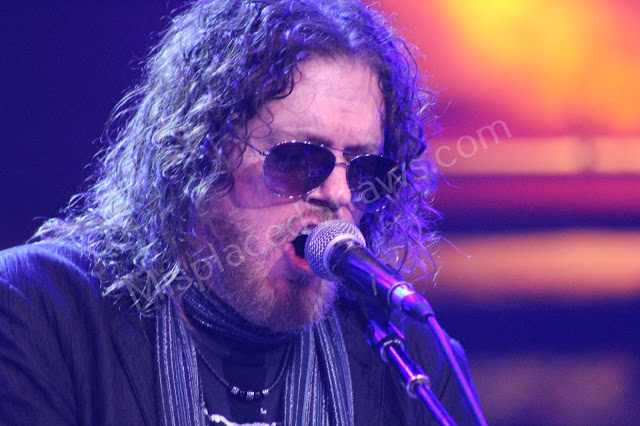 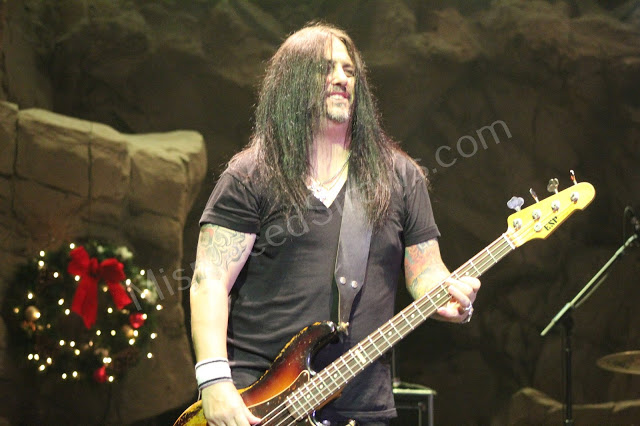 The biggest downside of the night was the sound.  Usually, the venue has a pristine sound, but this night the band was having all kinds of trouble with the monitors.  In such a small venue there were moments when the monitor issues affected the overall sound of the band.  While Reed was clearly frustrated by the sound he was a true professional and played on.  Guitarist Grossi wasn’t so calm, at one point declaring he wasn’t going to play at all until the issue was fixed. 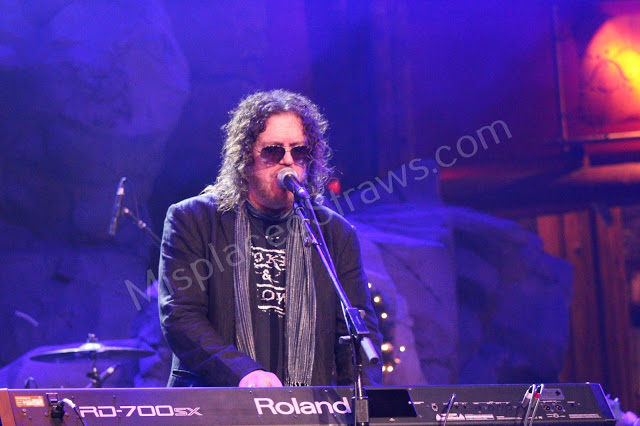 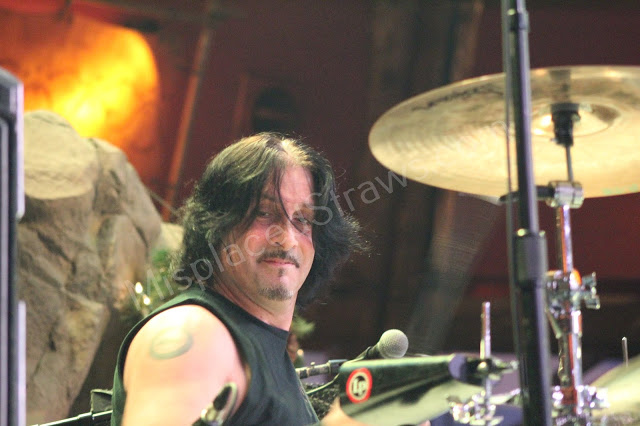 The Guns songs predictably received the biggest ovations of the night.  Four of the six were from the Use Your Illusion records (“Pretty Tied Up”,  “Dust N’ Bones”, “Don’t Cry”, “Bad Obsession”) with “It’s So Easy” from Appetite and “Used To Love Her” from GNR Lies. These tracks were brought to their bar-band essence and, for the most part, sounded great.  Grossi’s guitar was a little low in the mix so, at times, they sounded a bit thin. 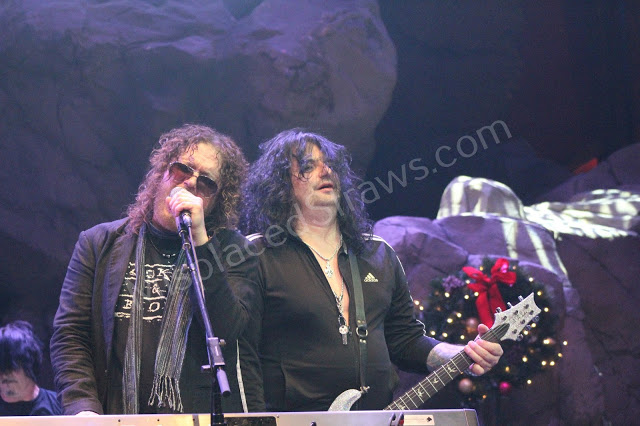 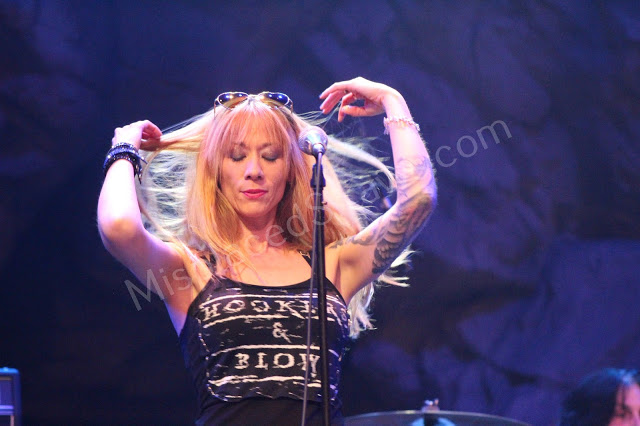 Throughout their touring career Hookers & Blow have been known as a great cover band.  The level of musicianship allows them to play pretty much anything, which can lead to some fun sets.  In addition to the Beastie Boys cover, this night saw the band play Bowie, The Stones, Elton, and a special tribute to the late Eddie Money with Reed mentioning that Money was one of the acts that really put this venue on the map. 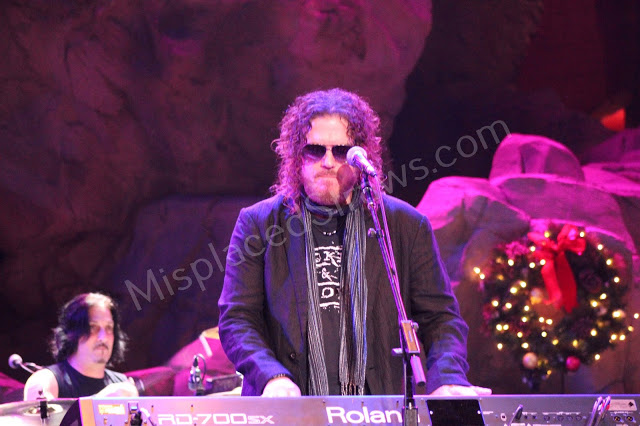 Sound issues aside, this was a fun night of rock n’ roll.  While Grossi seemed to have the most issues during the night, the band was in fine form for a loose night of music.  The loose feel and flexible set are a big departure from the structured regiment of a Guns show but certainly fit Dizzy and his solo band.
Setlist:
Pretty Tied Up
Dust N’ Bones
This Don’t Look Like Vegas
Shakin’
Ziggy Stardust
Don’t Cry
It’s So Easy
Rocks Off
Used To Love Her
Bad Obsession
Fight For Your Right (To Party)
Rock N’ Roll Ain’t Easy
Saturday Night’s Alright (For Fighting)
Sympathy For The Devil
Share. Facebook Twitter Tumblr Email