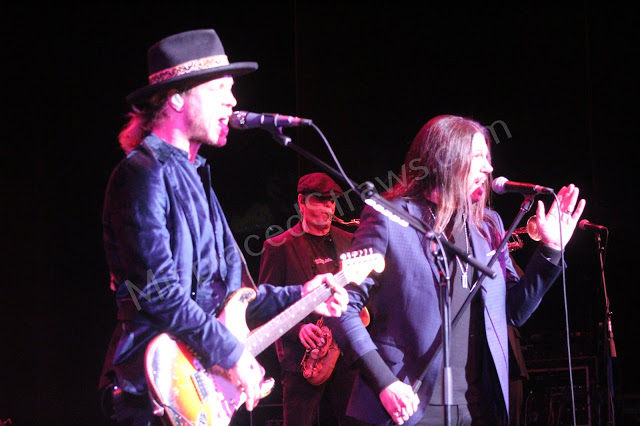 By Jeff GaudiosiNovember 19, 2019Updated:May 24, 2021No Comments4 Mins Read
Share
Facebook Twitter LinkedIn Pinterest Email
The point of music, particularly the blues, is to make you feel something.  When played by the masters, the blues can take you on an emotional journey where you just lose yourself in the music. Sadly, many of the masters of the blues have left us but one of the old guard still straps on his guitar and is currently doing it alongside a modern master. Buddy Guy and Kenny Wayne Shepherd proved the blues is alive and well at the Palace Theater in Waterbury, CT. 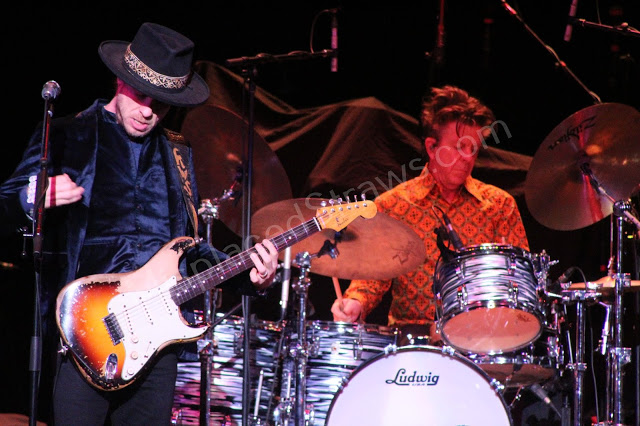 Kenny Wayne Shepherd and his incredible band started the night off.  Shepherd released his latest record, The Traveler, in May and has been on the road since.  There are very few bands that can match the KWS Band live, Shepherd and vocalist Noah Hunt are not only world-class musicians but consummate showmen. Both musicianship and showmanship were on full display during their (all too brief) 75-minute set.  Augmenting the traditional KWS Band on this go-around is a 2 man horn section that truly enhances the sound and adds a new layer to an already tight band. 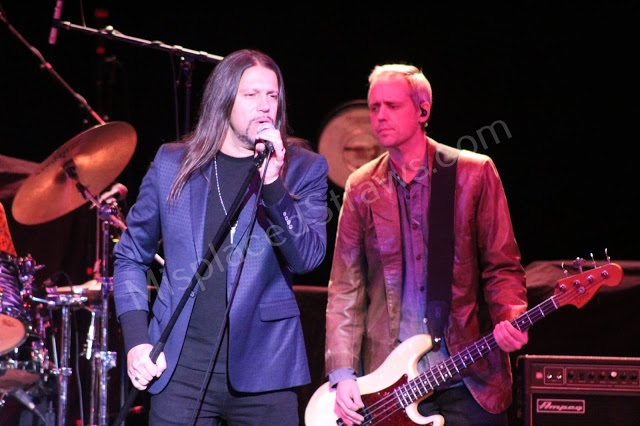 The set kicked off with three from The Traveler, “Woman Like You”, a cover of the Buffalo Springfield classic “Mr. Soul”, and “I Want You”.  One of the great things about a KWS Band show is that the new material fits perfectly not only with his own classic material, but with the traditional covers he adds into each set, such as the Elmore James standard “Talk To Me Baby”. 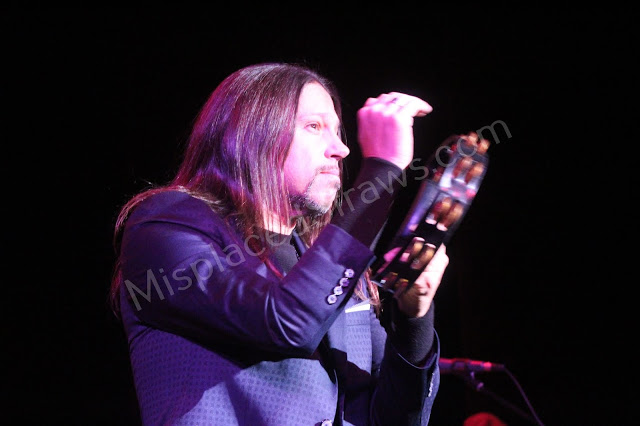 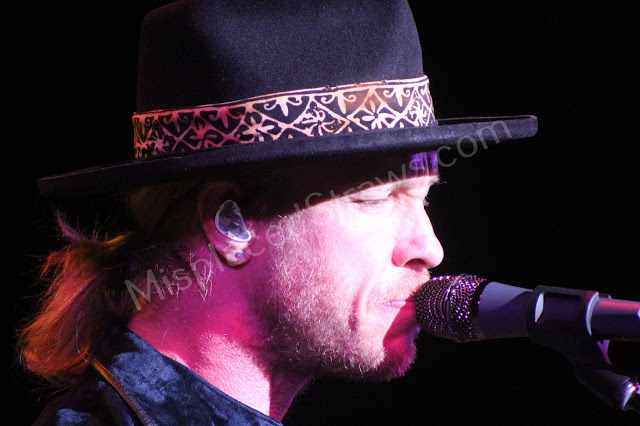 The highlight of every KWS show is when Shepherd gets to stretch out and let his guitar take over.  “Heat of the Sun”, a smoldering ballad from 2011’s How I Go, turns into a showpiece of Shepherd’s dazzling talent as his extended solo drives the packed house into a frenzy and raises the crowd to its feet.    Before the end of the set, the band presented one more track from the new record, an incendiary version of the Joe Walsh classic “Turn to Stone”. 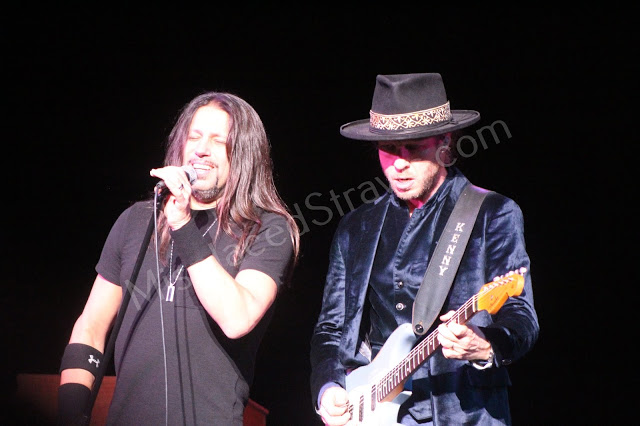 If you’ve seen the KWS Band before you know what’s coming for the encore, but it doesn’t make it any less amazing.  The band’s big hit, 1997’s “Blue on Black” lights the fuse and their cover of the Jimi Hendrix classic “Voodoo Child (Slight Return)” burns the venue down.  Hunt and Shepherd simply own this song.  The flair they add to every performance of it would make Jimi smile.  As mentioned earlier, this was a slightly shorter set than the band plays when touring on their own, they certainly left the Palace Theater crowd wanting more and warmed them up for the legend about to come. 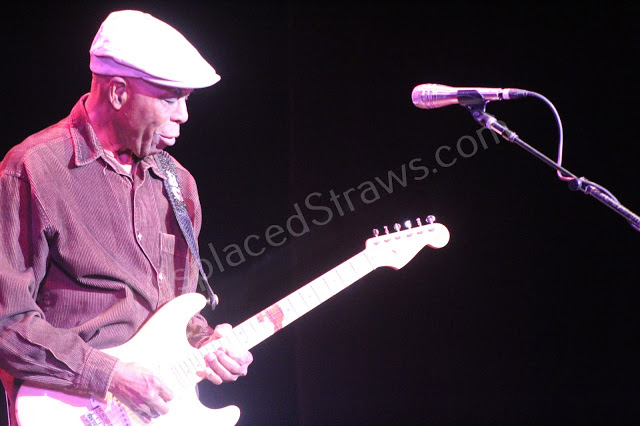 Buddy Guy is not only a true living legend but he’s also a bridge to the bluesmen of yesterday.  At 83 years old, he was a little younger than people like Muddy Waters and Howlin’ Wolf, but still of an age where he learned from and played alongside these giants of the genre. 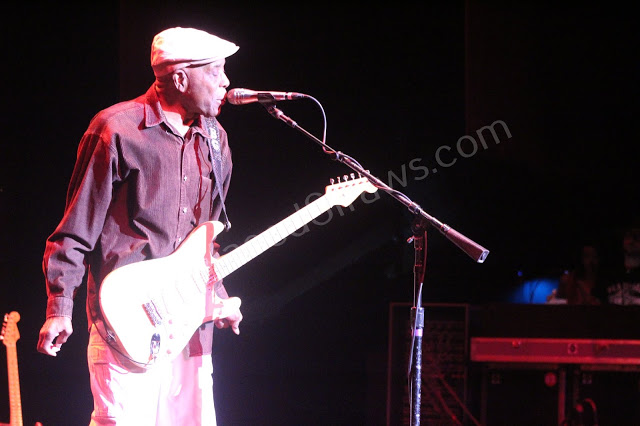 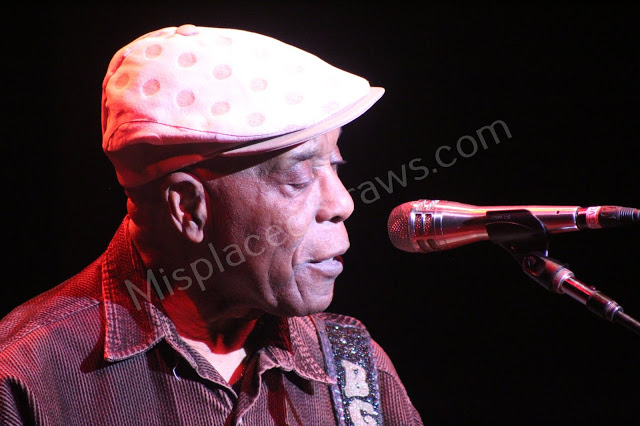 One thing is apparent the second Guy walks on stage, he loves what he does.  Throughout the night he talked and joked with the crowd mentioning more than once that if hip hop acts can use the language they do then, at his age, he can say whatever he wants.  His guitar playing skills haven’t diminished in the slightest and his voice is still strong as ever. 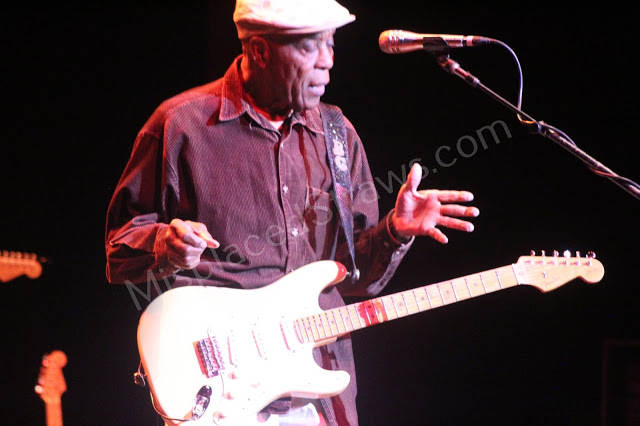 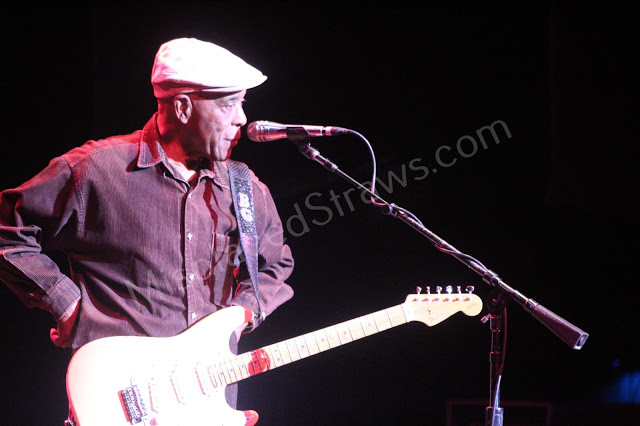 Much like Kenny Wayne Shepherd, Guy is backed by an amazing band that is more than capable of keeping up with someone of Guy’s stature.  A Buddy Guy show is a unique experience as, for the most part, there are no breaks between songs.  Guy and his band combine classics like “Damn Right I Got the Blues”, “Hoochie Coochie Man”, “She’s Nineteen Years Old” and “Got My Mojo Working” into sort of an ongoing medley that featured equal parts singing and stories. 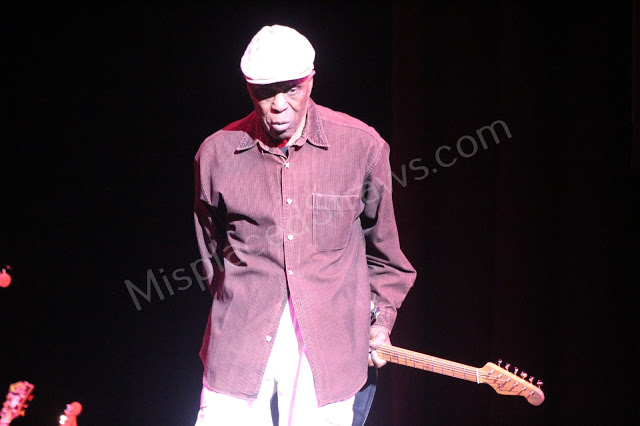 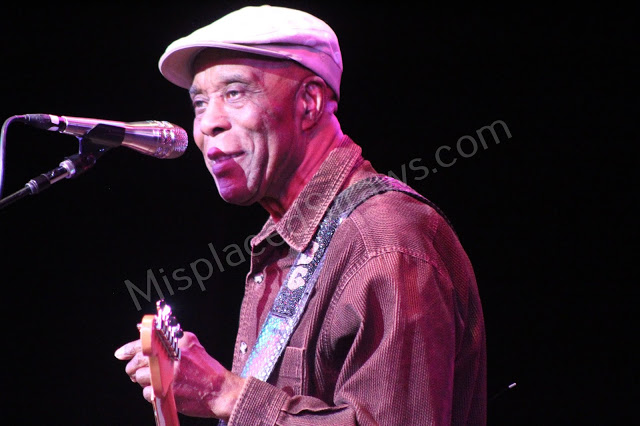 The crowd was all-in, singing along to blues classics like “Somebody Else is Steppin’ In” and “Who’s Making Love”.  Guy even made his way into the crowd and through the theater, never missing a note on his classic cream-colored Strat.  His set came to end after 90 minutes with “Meet me in Chicago” from is 2013 release  Rhythm & Blues.  Perhaps the only downside of the night was that these two blues giants didn’t take the stage together, but overall it was a night to show that the blues are indeed alive and well.