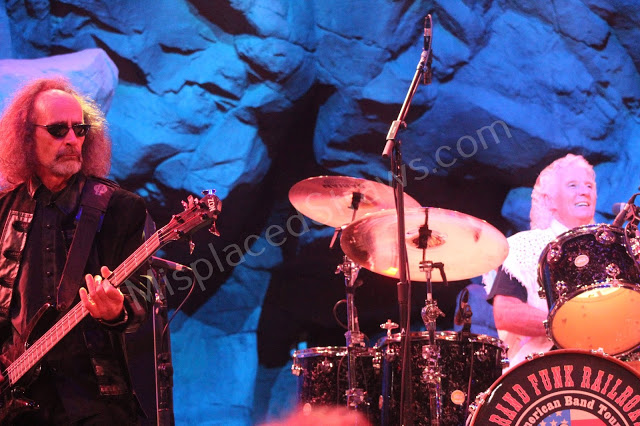 By Jeff GaudiosiOctober 21, 2019Updated:May 24, 2021No Comments3 Mins Read
Share
Facebook Twitter LinkedIn Pinterest Email
Controversy has surrounded Grand Funk Railroad for the last twenty years.  These past two decades have seen a steady lineup up of original drummer/vocalist Don Brewer, original bassist Mel Schacher, vocalist/guitarist Max Carl, guitarist Bruce Kulick, and keyboard player Tim Cashion, but notably missing is founding guitarist/vocalist Mark Farner.  While certain fans refuse to acknowledge the current lineup, others realize that this is a highly talented group of musicians that carry on the legacy of this band and the classic songs they created.

The night, part of the band’s 50th Anniversary celebration, kicked off with “Rock & Roll Soul” off of 1972’s Phoenix record and from the first notes the open floor was filled with dancing bodies.  As the band reeled off one classic after another more and more people left their seats to hit the dance floor.  For a band that hasn’t released new material in more than 30 years, Grand Funk can still bring in an enthusiastic crowd. 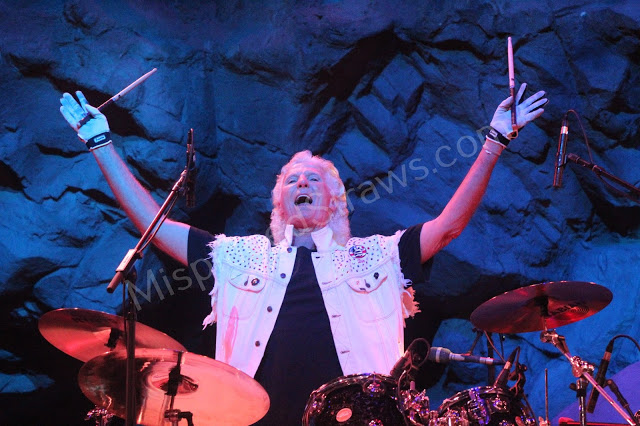 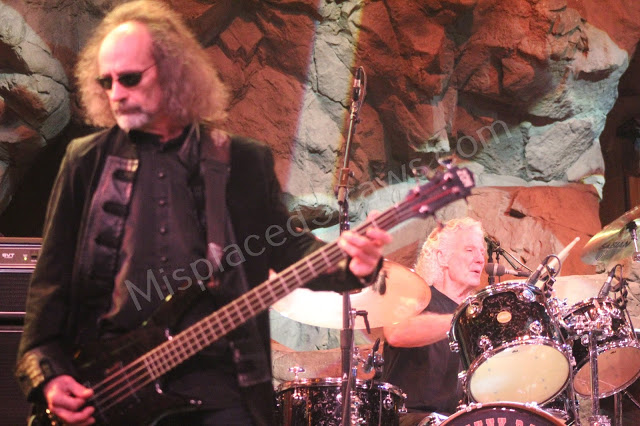 This current version of Grand Funk has been together far longer than the original trio lasted.  Frontman Max Carl owns these songs, he makes them his own while still staying true to the original recordings.  While Max is out front, he does share the lead vocal with original member Don Brewer.  Don still has the same energy and love for this band that he did during its original run.  Guitarist Kulick made his name as the guitar player for KISS through the non-makeup years but seems to have found his home taking over Farner’s guitar spot with equal parts 80’s flash and 70’s muscle.  Original bass player Schacher held a solid bottom end throughout the set while Cashion set the tone on keys and backed up both Carl and Brewer on vocals. 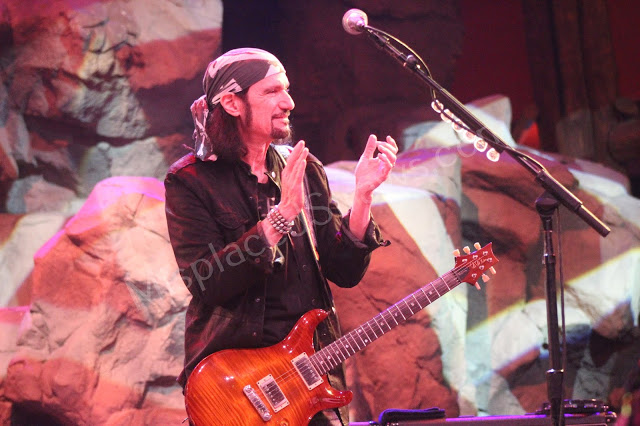 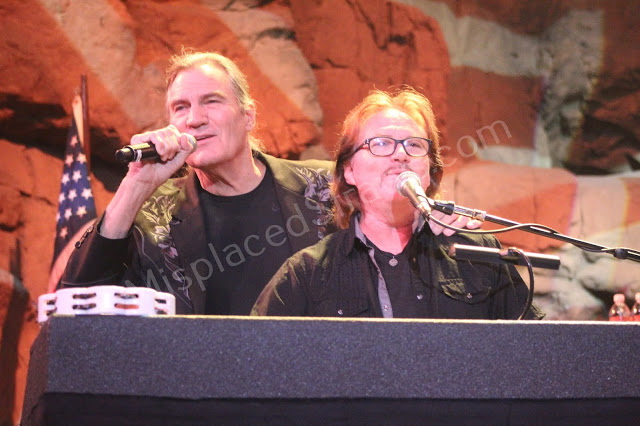 All of the hits were present, including “Second Chance”, the number one hit from Carl’s former band .38 Special.  While the band was in fine form musically and certainly looked as though they were enjoying themselves there was very little interaction with the crowd.  The thirteen song set lasted only about 75 minutes so it could have benefitted a bit from some crowd interaction.  The band did change things up a bit for “Lightning and Thunder” which saw Carl on harmonica and bass drum while Cashion took to the bongos.  This was followed up by the one strange part of the night.  Brewer brought out an American flag while Kulick played a stunning solo version of “The Star-Spangled Banner”.  Some of the crowd was understandably confused but it did fit in with the “American Band” branding.  With a talent like Kulick, however, it would have been great to hear him do his own solo, perhaps with a few of his classic KISS riffs added in. 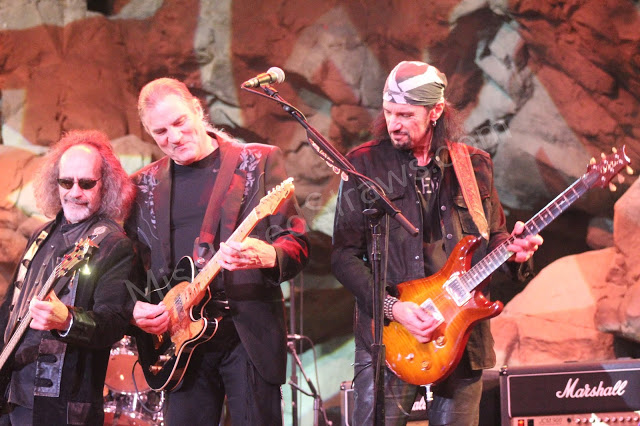 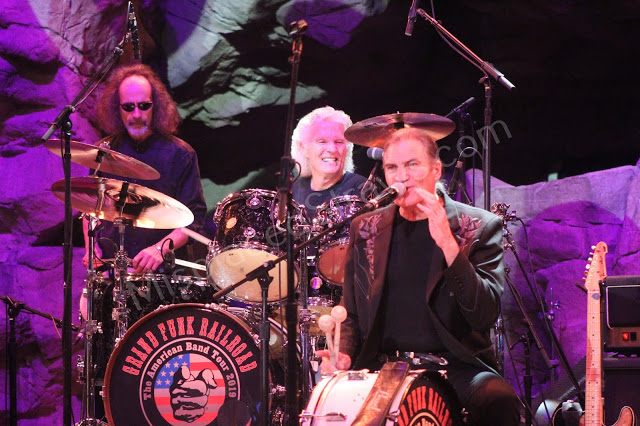 The night ended with a run of the band’s biggest hits, “Some Kind of Wonderful”, “I’m Your Captain (Closer To Home)”, and the one everyone was waiting for “We’re An American Band”.  As the band finished up every person in the crowd had a smile on their face. 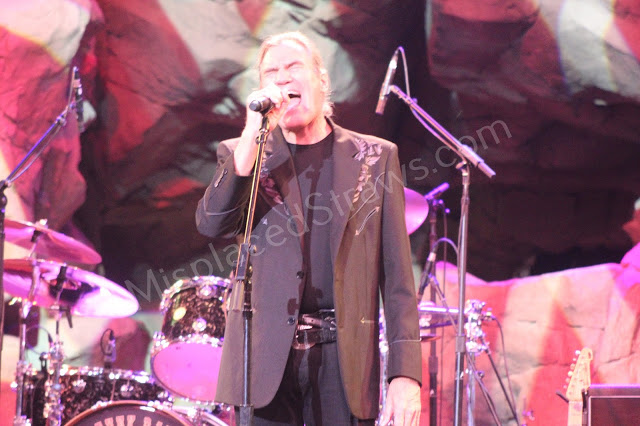 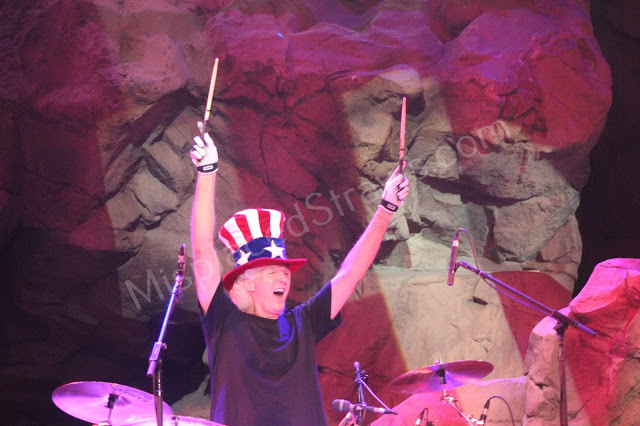 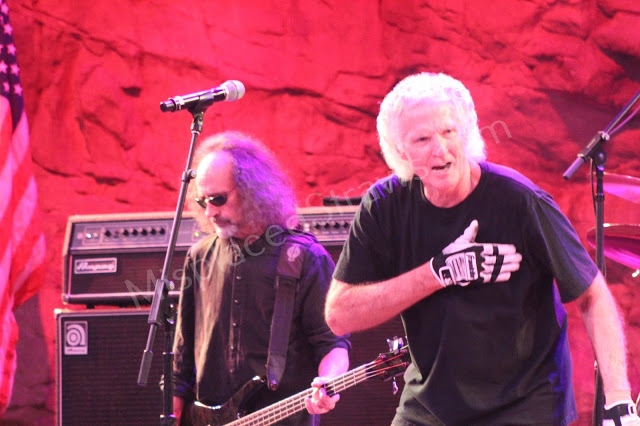 At the end of the day, this is what rock & roll is about, fun, upbeat songs designed to make you sing along and dance.
Setlist:
Rock & Roll Soul
Footstompin’ Music
Shinin’ On
The Loco-Motion
Walk Like a Man
Sky High
Second Chance
Lightning and Thunder
The Star-Spangled Banner
Inside Looking Out
Some Kind of Wonderful
I’m Your Captain (Closer to Home)
Encore:
We’re an American Band
Share. Facebook Twitter Tumblr Email