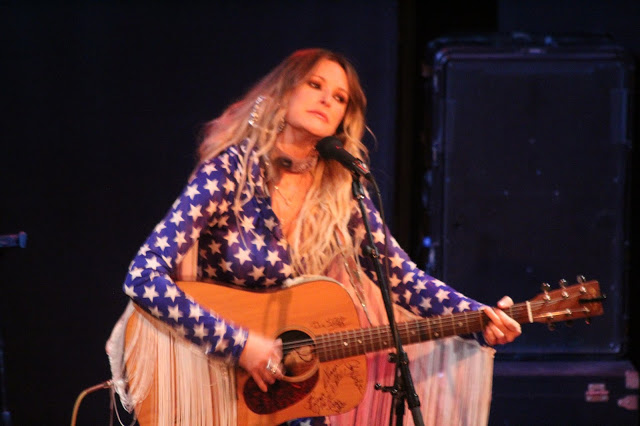 A Conversation with Elizabeth Cook

By Jeff GaudiosiOctober 26, 2019Updated:May 29, 2021No Comments5 Mins Read
Share
Facebook Twitter LinkedIn Pinterest Email
Elizabeth Cook is a woman of many talents.  Her groundbreaking records like Welder and Exodus of Venus set the bar for women in modern country music.  Additionally, she hosts the incredibly popular show Apron Strings on SiriusXM’s Outlaw Country channel.  I had the pleasure of talking with her and then catching her live the following night.  As you’ll hear in our conversation, she is currently on the road performing a solo show that brings in a handful of new songs mixed with her classic tracks.  Her voice and playing are pristine with each song prefaced by a story behind the lyrics.  Seeing Elizabeth Cook live in this solo setting is an intimate experience that brings you deeper into the characters of her songs and the story of her life.
Please press PLAY below to hear the MisplacedStraws.com Conversation with Elizabeth Cook:
On developing new material – I’m always playing songs that aren’t out yet no matter what because I’m always sort of working on them and I like to spend some time with them before I record them because once you record them they’re how they’re gonna be on that record forever. So the more time that I had to bat it around, especially on a solo tour where it’s bare-bones and you really sense the good spots and the not so good spots and I really I like that process a lot. 1:16 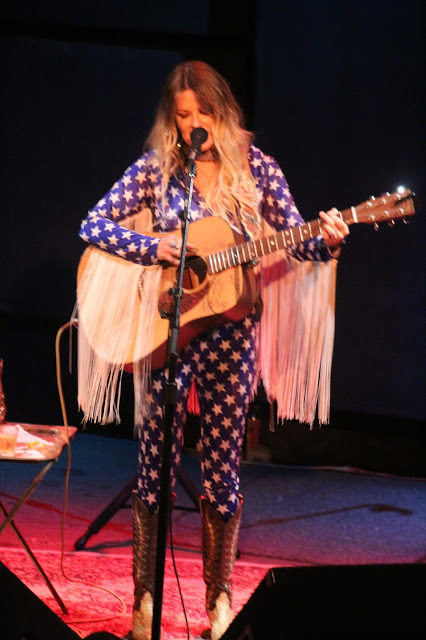 On whether or not she has limits when it comes to telling her personal story in song – Only when there’s people still alive that it may impact. Then it’s touchier and it requires some consideration. But even like just yesterday, and I think I posted in my Insta story, I just wrote like a stanza and it completely outed the fact that my grandfather was murdered by, I guess, my grandmother and they buried the body and covered it all up. Now the people that were directly involved and aware all gone and it’s just sort of the grandkids and stuff now that I can allow to know about that part of our family history. It’s just a little too close to home for that generation so I would’ve never done it then. 4:22
“Broke Down In London on the M25”
On the change in her sound for Exodus of Venus – Exodus is super foggy, I was on another planet. I had been through a series of traumas, I was on heavy psych meds and I didn’t feel of this world. I mean I very consciously wrote those songs but overall that’s sort of where I was playing and that dictated how it needed to sound. There was a rock aggression to it and there was despondency to it, an ethereal vibe to it so I wanted all the sounds and instrumentation to extend that. 7:00
On the origins of Apron Strings –  I was on the press tour for Balls and I was at Sirius XM doing a special for Outlaw Country and  Jeremy Tepper, who was the boss there, he asked, he was interviewing me, asked if I wanted to do a radio show. They were looking for a female that would sound like she gonna go on the country station and talk and I was like “No,  I don’t want to do a radio show that sounds like more work and I don’t understand it”, and he said just do a little audition just so we’ll have it just in case. (I said) okay I’ll do something and then he got me to do one day a week, Fridays, and then he thought “Would you do Thursdays and Fridays” and then it turned into 5 days a week and 10 years later… 12:00
“Sometimes It Takes Balls to be a Woman”
On the music business and the genre of “Country Music” –  I just don’t believe in confining ourselves to those trappings, I think it’s limiting I think it’s unnecessary. It’s only because they’re trying to monetize and everything that I feel like this need to categorize it and define it.  And also because people seek validation I feel like through music and some people, and country music especially, is really almost made a mockery of this, but people that are looking for their identity and they give you something to aspire to or affirm  something about you and then they know what to try and sell you and what you’re going to buy. I really think that’s a lot of it. Country music is so gross about it now they just list off things, it’s trucks and dirt and everybody knows, it’s an old joke at this point and then they tell you the things that go with that and it’s manipulative and it sells people short and it bastardizes the art form and it’s unfortunate. 14:40
“Slow Pain”
On playing the Ryman Auditorium for the first time – It’s overwhelming  and I think you try not to dwell on that I mean people pay money to get in so you focus on your performance but I couldn’t help but look and see the light coming through the stain glass windows up top and near the rafters.  And just the visual of all the images that I’ve seen of the Grand Ole Opry over the years and people gathered outside in the night that Hank Williams did “Love Sick Blues”  six times and people sitting in the windows and I can’t help but that movie played in my head. So there’s that aspect there’s also the sound of the Ryman and which is its own instrument. It’s really a fun room to play because of how it sounds so that’s really a cool thing about it too. 18:30
Follow Elizabeth Cook:
Facebook | Official | Twitter | Insta
Share. Facebook Twitter Tumblr Email

A Conversation With Chuck Wright

A Conversation With Jeff Scott Soto