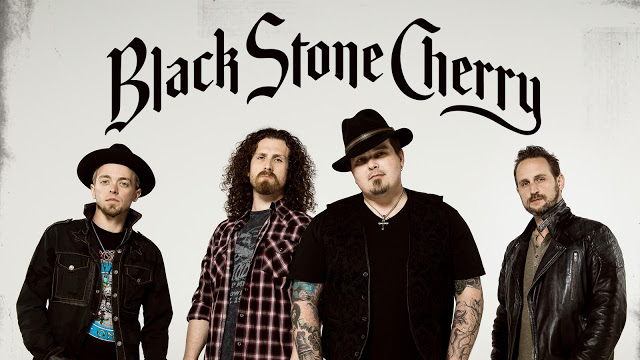 By Jeff GaudiosiOctober 31, 2019Updated:May 29, 2021No Comments4 Mins Read
Share
Facebook Twitter LinkedIn Pinterest Email
As Southern rockers Black Stone Cherry wind down their tour in support of 2018’s Family Tree they are releasing a second volume of blues covers called Black To Blues, Vol 2.  Guitarist Ben Wells took some time to talk about the new record, where these cover ideas came from and so much more.
Please press PLAY below to hear the MisplacedStraws.com Conversation with Black Stone Cherry guitarist Ben Wells:

On deciding which songs to cover – It’s never totally easy I think we love so many different artists and different songs. I think there might have been a handful that we knew we wanted to do and then once we got the studio we kind of just listen to some other artists that we had covered before and we just listen to their songs.  Like for example Elmore James was one of the main ones, we knew we loved and appreciated  Elmore James and we want to touch on some of his music as well and of course, we did Freddie King. he’s one of our favorites. A lot of times we just get in there and let it happen naturally. We try to pick an artist that we’ve always liked it enjoy and feel that we can take their song and put our spin on it. :48

On using these EP’s to fill the gap between records – They’re fun and they’re easy to do. We got in there and get this in 5 days. This type of music really comes naturally to us. I think it’s a good thing for us to do. Usually, we release them at the end of an album cycle. That way our fans don’t have to wait for another year before they hear something by us. It’s fun to do and we just do 6 songs just because we don’t want to overwhelm ourselves or our fans. We just give them enough. 3:40

On describing the sound of Black Stone Cherry – I don’t know that is a hard question because it goes so many places. I mean obviously what we are at the core is a rock band.  We’re a southern hard rock band.  But also we love blues and we do parts of our set that might be a couple reggae things and then we would get into the jam thing. But at the core of what it is, it’s rock and I think that’s something everybody can agree on. If they want to call us metal or southern rock and country rock,  we’ve kind of almost heard it all, but it’s all good, as long as people dig us I don’t care what they call us. 6:06
“All Your Love”
On plans for 2020 – We got to do a new album so we’ll be in the studio winter time and then probably get back on the road in spring. We’ve hit this album cycle really hard. We’ve done Europe 4 times on it, we’ve been all over the U. S. and everywhere and got to go to Japan and Hawaii for the first time. It’s been great but it’s time to slow down for a minute and crank out another album. 7:20
“Me And The Devil Blues”
On keeping the same lineup throughout the band’s history – We all started this is friends and I think our mentality is that we’re friends first and we’re a band second. That’s what kept us going. We’re very much a family, everybody we have on the road with us, our crew is family, we all live in the same area. We enjoy each other’s company. We’re not just in it for music, we’re in it because we love each other and I think that’s what kept us together. 9:00