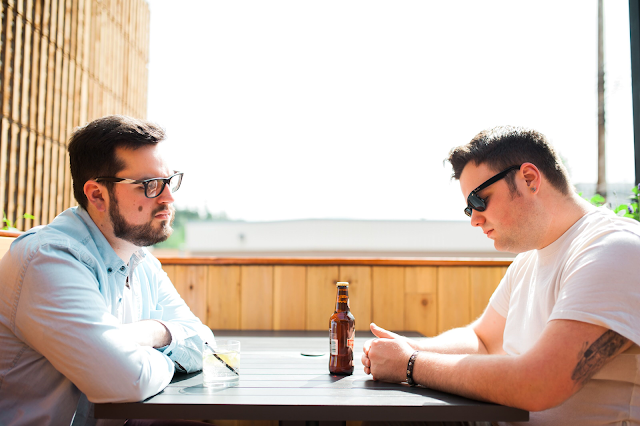 By Jeff GaudiosiSeptember 26, 2019Updated:May 29, 2021No Comments3 Mins Read
Share
Facebook Twitter LinkedIn Pinterest Email
It’s always great to come across a new band that grabs your attention after just one listen.  The Statistics, hailing from British Columbia, Canada are one of those bands.  The duo, made up of brothers Darby and Erin Yule, just released The Robson Street Hymns, a record that combines influences such as Gaslight Anthem and Bruce Springsteen with their own brand of Americana.

I had the pleasure to talk with both brothers about their new record and what influenced them.  Press Play below to hear that conversation:
Darby and Erin Yule have been playing music together for most of their lives.  When talking about the progression of The Statistics,  Darby points out that “most of our style is based around (that) we grew up playing punk rock and then moved into playing more singer songwriter kind of material and then as that kind of progressed we basically created what we would call our our very own sound. As we say,  that’s kind of where it all started was punk rock into Americana and folk and that’s kind of that’s what we do.”
“Maryanne”
At only 7 songs and 23 minutes The Robson Street Hymns is a quick blast of each of those genres.  When asked about their influences,  the brothers quickly name bands ranging from Backstreet Boys to Green Day but two bands in particular seem to have a strong influence on the record – Gaslight Anthem and Bruce Springsteen.  For two kids from the Westernmost providence of Canada there is a strong New Jersey vibe to their music.  Tracks like “Maryanne” and “Turn Up The Radio” have a strong Brian Fallon (Gaslight Anthem) feel to them while one the standout tracks on the record, Sparks In The Night”, slides a few Springsteen song titles into it’s lyric.
“Sparks In The Night”
Songwriting is certainly a strength for the duo and they seem to have the process down.  While Darby tends to write most of the lyrics and the basic structure of the song, Erin will work the arrangements and act in almost a producer’s role.   Their writing strength shines throughout the record, but particularly on the stellar “True North”, a beautiful song that just seems like it’s meant to be featured in a movie or television show. Their knack for arrangements also comes through on  “Girls My Age”.  The brothers talk about how the song began as almost Motown-flavored “rip-off ” of “Can’t Hurry Love” before settling into a slower ballad that still has a bit of a Blink-182 influence to it.
“True North”
The band has no immediate touring plans but hopes to spend most of 2020 on the road.  Darby mentions that he already has another record written so hopefully there will be more music on the horizon for this talented Canadian duo.
Share. Facebook Twitter Tumblr Email