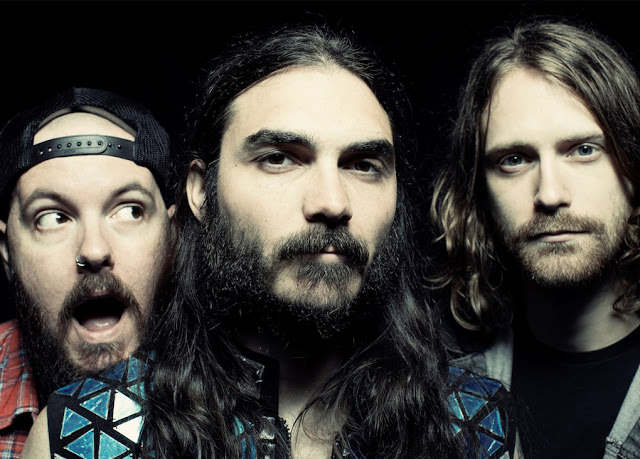 By Jeff GaudiosiAugust 23, 2019Updated:May 29, 2021No Comments3 Mins Read
Share
Facebook Twitter LinkedIn Pinterest Email
Crobot formed in  Pottsville, PA in 2011 and self-released their first ep in 2012.  Over the next four years the band released 2 full length records, toured with some of the biggest metal bands and played the biggest festivals.  After 2016’s Welcome to Fat City Crobot took some time, changed out their rhythm section,  signed with Mascot Records and prepared their brand new record Motherbrain.  I had the chance to spend some time on the phone with vocalist Brandon Yeagley on the eve of Motherbrain’s release to talk about the new record and more.

Press Play below to hear my conversation with Brandon Yeagley:

Motherbrain presents a new outlook for Crobot.  Aside from the changes in personnel and record label the band took it’s time writing songs and, as Yeagley points out, he and founding guitarist Chris Bishop worked with outside writers for the first time.  For the most part, the band had prior relationships with these writers and the resulting material is some of the best the band has produced.

The easiest way to describe Motherbrain is to say it’s very heavy and very dark, but it definitely shortchanges the record to leave it at that.  The record kicks off with the thunder of “Burn”, one of the great riffs of the year that sets the table for the record.  Yes, it’s heavy, yes, it’s dark but it also has killer melodies and the incredible voice of Yeagley combined with Bishop’s guitar brings it over the top.  Yeagley spoke about how each Crobot record has a lyrical theme, and while Welcome to Fat City dealt with being on  a different planet, this record brings the listener firmly back to Earth and comes face to face with humanity and what it means to be human. As the lyrical themes developed Yeagley  made it a point to keep the songs more relateable with less of an emphasis on demons and wizards.
Low Life
Earlier this summer the band put out two funny, unique videos from Motherbrain for the tracks “Low Life” and “Keep Me Down”. Both tracks show everything that’s great about Crobot and this release – monster songs with memorable riffs and videos that show the band isn’t all serious gloom and, in fact, have a great sense of humor. Yeagley talked about how the ideas from the videos come together organically and usually aren’t fully planned in advance.
Keep Me Down
It’s no secret that Crobot is heavily influenced by 90’s grunge bands, particularly Soundgarden, but those influences really find their way into Motherbrain.  Perhaps the centerpiece of the record is the absolutely epic “Stoning the Devil” which takes those influences and turns them into the quintessential Crobot song.  Yeagley says that as much as they wanted to bring the 90’s grunge sound to tracks like “Blackout” a big part of the Crobot sound is to always keep things funky.  That self-proclaimed weirdness can be heard in “Alpha Dawg” which brings in the Frank Zappa/George Clinton influences that Yeagley has always wanted show off.
Alpha Dawg
Over all, Motherbrain is the record Crobot fans have waited for.  Killer riffs, great vocals and melodies, songs that grab you and stay in your head long after the record ends.  The band will be hitting the road soon and put on a live show that not to be missed..
Purchase Motherbrain here
Share. Facebook Twitter Tumblr Email