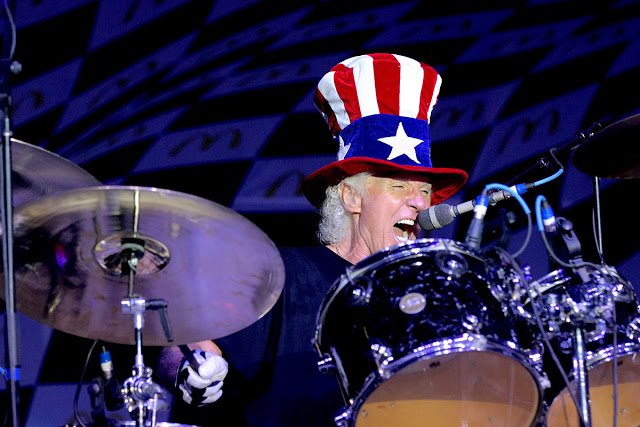 A Conversation with Don Brewer of Grand Funk Railroad

By Jeff GaudiosiAugust 28, 2019Updated:May 29, 20211 Comment6 Mins Read
Share
Facebook Twitter LinkedIn Pinterest Email
If the only song he ever wrote was “We’re An American Band” Don Brewer would still be a rock legend.  But the fact is Don and his band Grand Funk Railroad are so much more than that one song.  Grand Funk is currently on tour, with original members Don Brewer and Mel Schacher, celebrating their 50th Anniversary and Don took some time to talk to me about the band’s career and their iconic songs.
Please press Play below to hear the MisplacedStraws Conversation with Don Brewer:
On whether he ever thought the band would last this long: I mean when we started the band I was you know 18, 19 years old and  of course if that time you really can’t look forward. You thought 40 was probably gonna be about as long as you were going to live anyway, so  you really can’t look into the future. I never dreamed that I would be 70 years old and still out on the road and enjoying what I’m doing. Actually  my grand kids can come to the shows now.  I could never have imagined that this this would be the case now. 1:00
On realizing this version of the band has been together longer than the original: It is amazing. We just kind of go and go and go and we really don’t, it’s not something  we concentrate on. We look at it more like it’s a blessing, at the end gets along and everybody  still likes each other and we can travel together, it’s nice. I hear  nightmares about  some of the bands, they won’t travel in the same bus they won’t travel in the same car, they have to stay in different hotels from each other, I can’t imagine. 3:15

On new music from Grand Funk Railroad: We do new music in the show and over the past 19 years we’ve had tons of of songs that have come and gone in the show. So we we’re always working new stuff in and working it out after a while and try something new. It’s our way of  still being  involved in creating new music. Trying stuff out front of a live audience, I mean  that is always a great way to see if the if the song or performance is  working. If you get in the studio you can kind of get lost, what the ultimate goal is and that’s to please an audience. 5:43

On writing “We’re An American Band” – I wrote the song.  I was trying actually to come up with a hit record  because radio has been changing from FM underground  where you could have 7 minute songs and they didn’t have to necessarily be commercial and you’d still get air play. As you got into 1972 all of the  FM radio stations were being taken over and then turned into more commercial enterprises. They hired consultants to come in and they told the jocks what to play and all the songs have to be 3 or 4 minutes long so that you could work more commercials in. So I was kind of experimenting when I wrote the song and I was looking to make it a hit song but  I never would have dreamed it would have the legs that its had and that it came out the way it did, as well as it did. So, yeah,  it was intentional but I wasn’t looking for something that was going to be around and turn into kind of an anthem, that’s pretty neat. 7:00
On selling out Shea Stadium in 1971: It was actually a guy, it was a promoter in New York that came along, he was he was actually Tony Bennett’s manager at the time,  he was the one who said “You can come in and  I think I can sell this out”.  It wasn’t us that thought we could sell it out, it was  the promoter…So that  was the guy, he took the gamble and  he made it work and it did work. It was an amazing accomplishment, and yeah, at that time there weren’t bands other than the Beatles that were playing stadiums. It was unheard of.  I mean everybody was playing the arenas and the arenas weren’t that big. Now that now arenas are 20,000 seats. Back then the arenas were maybe 8,000-10,000 was huge at that time. It was just a whole whole different animal to be able to do the stadium 8:50 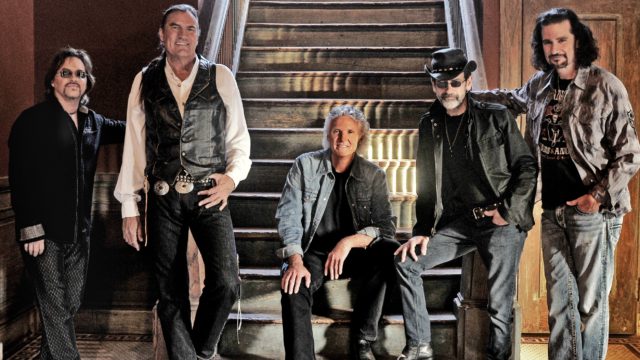 On Todd Rundgren as a producer: We hired Todd Rundgren because we figured he could help us make that transition  changing from FM underground to pop, FM pop  because he was very much involved in that thing. We just love the way his records sounded so enlisted Todd to come and help us with making that transition.  I love working with Todd, I thought he was amazing.  You didn’t spend  any extra time in the studio, you didn’t  go up to take 55. You get things done in 2 or 3 takes and then make it work…. I love  working with Todd and I think it showed on that record.  That was a great record , American Band, I thought it was just a terrific album. 10:50
On Grand Funk Railroad not being in the Rock N’ Roll Hall of Fame: I don’t give it a thought anymore. I don’t think the Rock N’ Roll Hall of Fame has anywhere near the the excitement surrounding the nominations anymore  because people have kind of gone “Why are they putting that person in and why are they leaving that person out?”.  I think it’s kind of become a secondary situation.  I mean how many bands  can think of right off the top of your head that ought to be in and then how many are just,like Madonna,  that are and probably shouldn’t be.  It doesn’t bother me and I don’t think it makes that much difference anymore. 12:10
On his relationship with founding member Mark Farner: (We have) a terrible relationship with our former guitar player and singer, Mr. Farner, so we we only speak to him through attorneys. 13:50
On plans after the 50th Anniversary tour: We’re already booking for next year and we will just continue going on until until we stop. I have no idea when that’s going to be. I mean as long as long as we’re healthy and we’re going and the audience is want to come see us we’re gonna be out there playing! 15:25
Follow Grand Funk Railroad:
Facebook | Official
Share. Facebook Twitter Tumblr Email