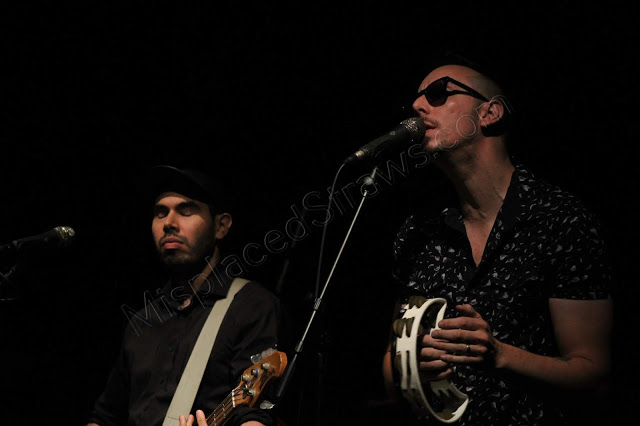 By Jeff GaudiosiJuly 19, 2019Updated:May 29, 2021No Comments3 Mins Read
Share
Facebook Twitter LinkedIn Pinterest Email
There’s the old show business saying “Leave them wanting more”. On July 18 at Infinity Hall in Norfolk, CT Hollis Brown did just that. The band is about to begin a full summer tour in support of its fantastic new record Ozone Park (read my review of the record here) and is doing a handful of shows before the longer run begins.  This night saw a fairly short (7 songs, around 35 minutes) set that leaned heavily on the new record and created a theater full of new fans.

I was lucky enough to sit in on soundcheck and spend some time with the band prior to the show (including an interview with keyboardist Adam Bock that you can hear below). Their excitement over the new record and love of playing live clearly comes across.  Hollis Brown is a band that excels on the stage.  You cannot help but get caught up in their enjoyment while watching them play.  The entire band, Mike Montali (vocals/guitar), Jonathan Bonilla (guitar), Adam Bock (keys), Andrew Zehnal (drums), and Chris Urriola (bass) are top musicians, but more than anything they look like they love every minute of playing live.  The energy is contagious to the point where many in the crowd began looking for open areas where they could dance along. 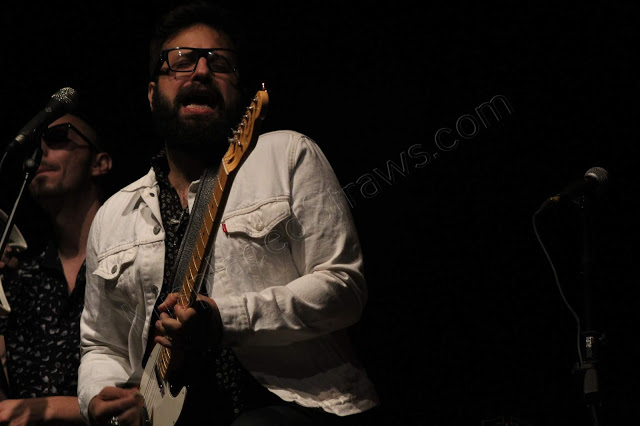 Listening to the pre-show crowd chatter, it was evident not many in attendance were familiar with Hollis Brown.  The band’s sound can be described as a mix of its influences (bands like Tom Petty & The Heartbreakers) and its touring partners from years on the road (such as Jesse Malin and Counting Crows).  Only a few seconds into the opening song, the 2016 non-album single “Run Right To You”, the crowd became engaged.  They cheered on all of Bonilla’s stellar guitar work and hung on each of Montali’s words.  Four of the remaining tracks were from Ozone Park with two coming from 2015’s 3 Shots, including “Rain Dance”, a song based on an unfinished Bo Diddly track that was found in Diddly’s home studio after his death.  Bock pointed out in our conversation that most of the Ozone Park tracks have been in the live set for a year or so and evolved on the road prior to being recorded. 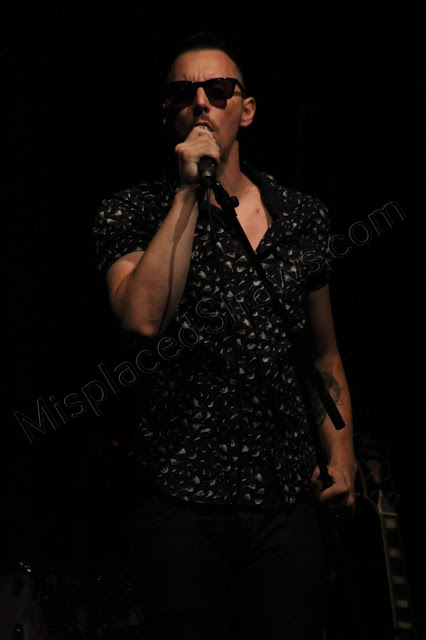 The set closed with a soaring rendition of the 3 Shots track “Wait for Me Virginia” which was stretched out to let each member, particularly Bonilla and Bock, have a chance to shine.  The climax of the song had the crowd on it’s feet.  As Montali began to thank the crowd and say goodnight the crowd, most of which were hearing this band for the first time, cheered louder, hoping for at least one more song.  As their time for evening was up, Hollis Brown certainly left every person in Infinity Hall wanting more. 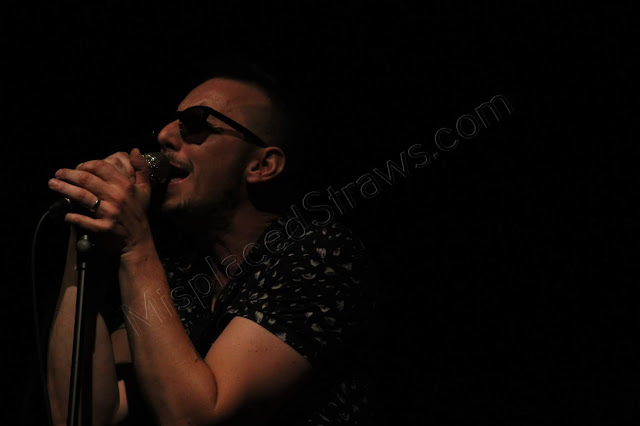