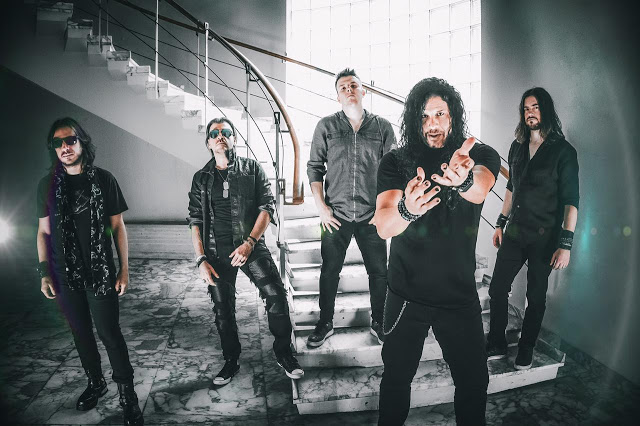 By Jeff GaudiosiJune 5, 2019Updated:May 29, 2021No Comments4 Mins Read
Share
Facebook Twitter LinkedIn Pinterest Email
Very few musicians can boast of a resume that rivals Jeff Scott Soto.  From the classic recordings of Yngwie Malmsteen’s Rising Force to Talisman, Trans-Siberian Orchestra, his own solo work and now his band SOTO, Jeff has been one of the top vocalists in rock for over 35 years.  I was lucky enough to have a few minutes with him to talk about his new record Origami as well as his illustrious career.
Press Play below to listen to the MisplacedStraws.com Conversation with Jeff Scott Soto:
On the heavier sound of SOTO compared to his solo material – That’s by design because it is a bit different from the norm in terms of solo albums I’ve done in the past… I intentionally want SOTO to more of a heavier outlet for me more so than trying to confuse it with all of the other things I’ve done. 1:20

On bringing Tony Dickenson into the band – I didn’t want people to think that Tony was being asked or brought into Soto just because he replaced (the late) David (Z) in Trans-Siberian Orchestra…it had zero to do with that and everything to do with the fact that Tony is ridiculously talented as a bass player, a multi-instrumentalist, as a producer as a writer. 4:40
On using David Z’s tracks on Origami – We did have a couple songs that Dave had worked on, we had one song (“Detonate”) that Dave had co written with  my drummer (Edu Cominato) on the last tour that we did together as well as the Michael Jackson cover of “Give In To Me” which was his idea…I wanted to keep David’s bass parts on the album as a tribute to immortalize him.  5:30
On writing for all his different projects – Everything I’m writing, everything I’m working on is for the moment for whatever I’m actually doing at that time. 9:00
On the upcoming second record by Sons of Apollo – As I’m talking to you I’ve just finished song number 5 on the new Sons album, I’m still writing and carving and getting my end on that. They finished the music, the basic tracks, they finished that  a few months ago…We’re completing the new Sons of Apollo record for a January release next year.  10:30
On singing on the first two Rising Force records – You have your pioneers through the history of time that have been a generation changer, and Yngwie was one of them…we never set out to say we’re gonna create history here, we’re gonna set the world on fire, that just happened to happen. 15:00
I was part of something that was game changing, it hits me more now that it hit me back then. 16:30
On the song “World Gone Colder” from Origami – They weren’t writing intentionally to sound like Talisman. I remember the initial demos when they came in and the song was in the raw stages, I’m like oh my god, it’s kind of freaking me out because this sounds like something Marcel (Jacob – bass) would’ve written. 19:30
On whether SOTO will tour America – Sadly the harsh reality is no. I’ve tried several times doing some trial runs and sadly the US hasn’t caught up to me, hasn’t caught up to the things I’ve done, hasn’t caught up to the releases just yet…I think we can actually break some ground in the US but it’s slow to come to the table…Until the US caches up with me and with what we’re doing I have to say no…you can’t lose money when you’re on a tour, you can’t be paying to play. 20:00
On the band Skrapp Mettle – The idea was to emulate different artists…it was all juvenile fun…When we were tracking them I tried my best to sound like (other) artists…somebody made up the idea that it was those actual artists but because the material was so filthy and so smutty those artists didn’t want their names but on there, so we ran with that. 22:00
Follow SOTO:
Facebook | Official | Twitter
Share. Facebook Twitter Tumblr Email