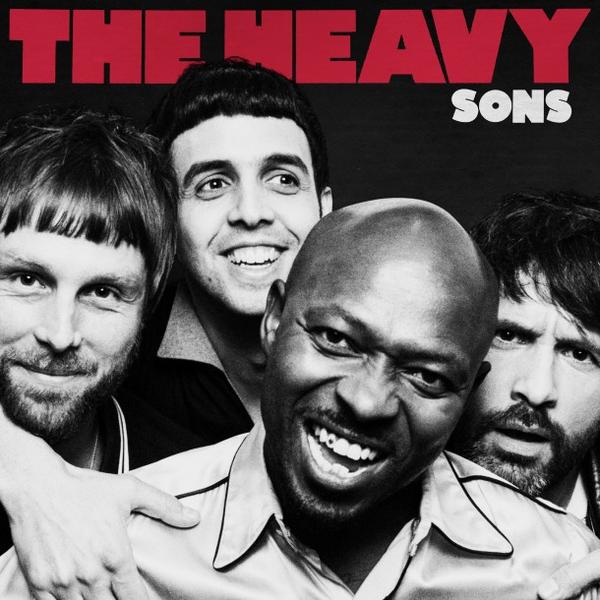 By Jeff GaudiosiMay 31, 2019Updated:May 24, 2021No Comments2 Mins Read
Share
Facebook Twitter LinkedIn Pinterest Email
7 out of 10
Once in a while you take a flyer on a record and it turns out to be really good. That was the case with Sons, the new record from British band The Heavy.  The Heavy have been around since 2007, Sons is their fifth record.  They are probably best known for their 2009 hit “How You Like Me Now” which was used in TV and movies including Suits, Ted and Horrible Bosses.

I wasn’t very familiar with the band at all when the record came across my desk but I gave it a try.  What I heard kind of took me by surprise, the first word that comes to mind is funk.  The eleven songs on Sons are nothing if not funky.  There are horns, slapping bass and crunching guitar.  The more I listened I was reminded of a small scene that grew in the early 1990’s of bands that blended funk, soul and rock into a unique combination.  Think of Stevie Salas’ Colorcode record or the criminally underrated Hands of Faith record from Circle of Soul.
Heavy For You
Vocalist Kelvin Swaby sounds like a funky (there’s that word again) mix of James Brown and Stevie Salas while guitarist Dan Taylor , bassist Spencer Page, and drummer Ellul  guide the songs from the hard rock sound of “Heavy For You” to the horn drenched “Fighting For The Same Thing” to the classic soul vibe of “What Don’t Kill You”.
The Thief
Early in their career it looked like The Heavy may become a breakout band, Sons finally lives up to that promise.  This should be the record that begins to get them on festival bills in the US.  They have a short North American tour coming up that sees them hit a few major cities.  The Heavy are certainly a band to watch and, at only 34 minutes, Sons is a record that’s certainly worth your time!
Better As One
Share. Facebook Twitter Tumblr Email