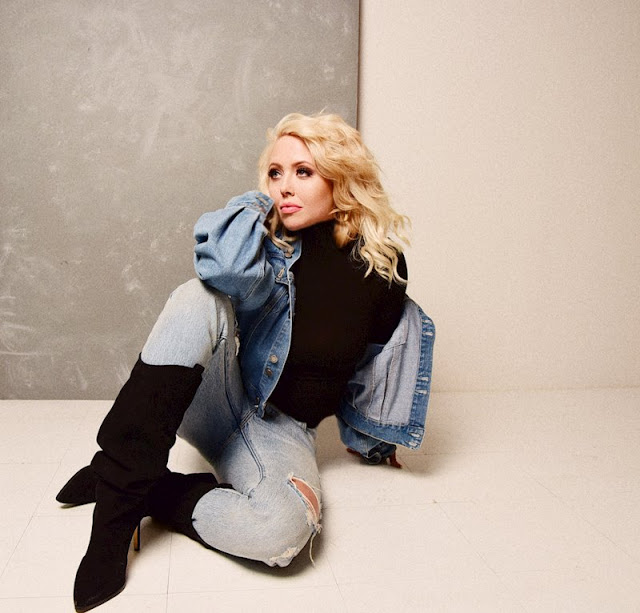 By Jeff GaudiosiApril 24, 2019Updated:May 29, 2021No Comments3 Mins Read
Share
Facebook Twitter LinkedIn Pinterest Email
Certain voices just transcend genre and are simply epic.  Chloe possesses one of those voices.  After years of singing on projects from artists like Yanni, TSO and Rocktopia she has now released her first solo record, a deeply personal album called The In-Between.
Please press Play below to hear the MisplacedStraws.com Conversation With Chloe:
On finally getting her first solo record out – I started out as a solo artist. I got my first record deal when I was twelve years old, I was signed to RCA records. The goal was always to put out my own solo material…the way the world works I just ended up working with other people and it took me away from it at times but it really felt like a home coming. 1:00
On the personal nature of the record – It started out as a form of therapy, a way for me to vent my feelings and process what was happening because I just couldn’t figure it out and I was like I’m just going to sit down and write songs and it was the only thing that was making me feel better…what you hear is exactly what I went through. 3:50
I’ve always been an artist that speaks from my heart, even in performances singing other people’s music, I grasp from personal experience. I feel that it’s very important as an artist to be very truthful. It’s very personal to me but I feel like the subject matter could relate to other people on various levels. 5:40

On the impact of “Don’t Let Yourself Down” – Although (the record) is about a relationship, there is a lot of self-discovery and not letting yourself down at the end of the day, that’s why it was important to close with that message…in those darker moments is when you really begin to change, evolve and grow. 10:30
On being part of Trans-Siberian Orchestra since 2011 – I’m shamefully admitting this, I didn’t even know what TSO was when I got the call.  I was actually called for the winter tour a couple of years before they called me for Beethoven but it was right when I started working with Yanni so I had to turn down the call.  I’m so grateful that I got the opportunity to do it and I’m so happy to still be there. TSO are literally my family, I feel very honored to be part of it. 11:20
On Rocktopia – I would describe it as a fusion of two worlds…the classical world and the classic rock world seamlessly coming together to tell this beautiful story. 12:40
On genre labeling – (In the past) I tried to put myself in a box, now I just embrace it. I am 100 different genres and I’m proud of that.  14:30
On Pledge Music – I have received only a portion of what people pledged…it’s so unfortunate that such a really great platform has gone south. It’s terrible for the artists and the fans.  I always want to do right by the fans first and foremost. 15:10