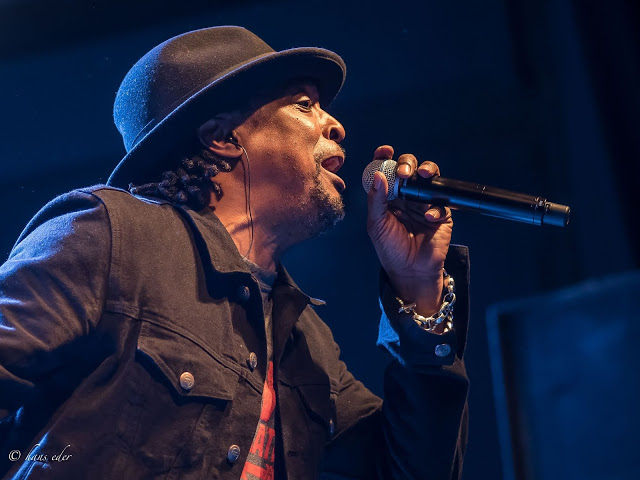 If you’ve seen or listened to the Rolling Stones over the past 30+ years you’re familiar with Bernard Fowler.  Bernard has performed background vocals for the band since Steel Wheels while also being in bands such as Tackhead with Doug Wimbish and Nicklebag with Stevie Salas and touring with A Bowie Celebration.  He recently released his third solo record Inside Out and took some time to talk about it.

Please press Play below to listen to the MisplacedStraws.com Conversation with Bernard Fowler.

On how he would describe Inside Out – It’s a reconstruction of Rolling Stones songs done in a spoken word format. 1:40

On what made these songs right for this style – The subject matter and the lyrics themselves. Keith Richards and Mick Jagger are probably underrated as songwriters. 2:40

On keeping away from the “hits” – It was absolutely conscious. I didn’t want to do another covers record. I went digging into the catalog…reading the words, that’s how I chose the songs 3:45

On using 4 songs from Undercover – “Undercover of the Night” I was definitely going to do, everything else just happened that way. I opened the book and just started reading. 4:50

On his influences for this record – Amiri Baraka, Nikki Giovani, the Last Poets and probably Gil Scott-Heron. 6:50

On the musicians playing on the record – This record was only going to be percussion and voice…I decided I would have 2 or 3 of the songs would have a full rhythm section.   I stared the process with Wilfredo Reyes, Jr. 8:50

I thought to bring in Lenny Castro. Having Wilfredo and Lenny together in the studio is probably the best decision I made on this record. 10:00

When I was working on this…Steve Jordan called me and said “Man what are you working on?”… He came in town…and called, I hired a drum kit and he came in, he brought Clayton Cameron with him.  Steve played the kit and Clayton played snare drums with brushes. 11:00

I called Vince Wilburn…his drum set is set up in his living room.  We called Daryl Jones and George Evens, guitar. They would play groove after groove after groove until i stopped them.  I needed rhythm guitar to complete that picture, that’s when I called Ray Parker, Jr. 13:30

On other Stones songs that would fit this style – I still have other songs in the can. There’s about 3 other tacks that I didn’t put on and I’m saving for the next one. 19:20

On touring for the record – My plan was that as I was on the road with the Stones I would do some shows of Inside Out, now that’s been pushed back and it kind of through my plans off.  I’m trying to replan the strategy again.  20.30

(On stage) it would probably be 2 percussion players, a drummer, myself and a horn player. 21:30