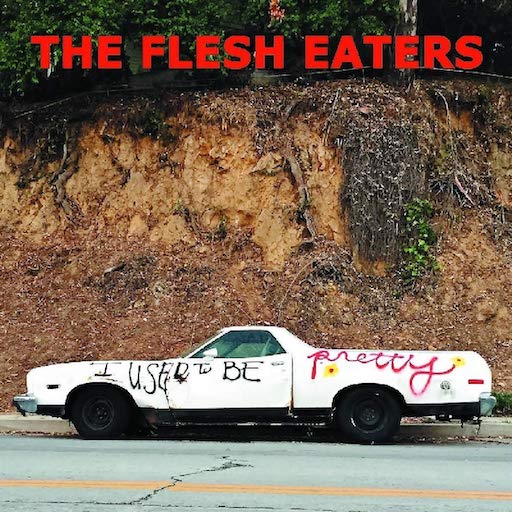 A Conversation with Chris D of The Flesh Eaters

By Jeff GaudiosiFebruary 21, 2019Updated:May 29, 2021No Comments4 Mins Read
Share
Facebook Twitter LinkedIn Pinterest Email
Few bands represent their home town better than Los Angeles’ own The Flesh Eaters.  Established in 1977, the band, led by vocalist Chris D,  has featured a who’s who of the LA punk scene, but perhaps no lineup is more legendary than the one featured on the seminal 1981 release A Minute to Pray,  A Second To Die – Chris D (vocals), John Doe & D.J. Bonebreak of X  (bass & percussion), Dave Alvin & Bill Bateman of The Blasters (guitar & drums) and Steve Berlin of Los Lobos (sax).  This all-star lineup has reunited for a new record, I Used To Be Pretty and an American tour.
Vocalist and songwriter Chris D recently took some time out while on tour to talk about the history of the band and the new record.  This was a fun, wide-ranging talk that really has to be listened to to be appreciated. Press Play below to hear my Conversation with Chris D:
On reuniting the classic lineup –  (in 2006) John Doe called me and said Mark (Arm) of Mudhoney called and wants us to get the Minute To Pray Flesh Eaters back together to play a festival with them. 1:20
We had so much fun in 2006, we wanted to try and do it again more regularly…we tried to do it again in 2007 but it turns out some of the guys schedules just couldn’t be reconciled.  4:00
In 2015 I thought we could get together the Minute to Pray lineup and do a couple songs from the Forever Came Today album. 5:20
When I did the last record, Miss Muerte, in 2004 I thought I may never play music again as I was doing so much non-music stuff. 10:00
On the new song Ghost Cave Lament – There’s so much in that song, it refers back to influences in 60’s rock and psychedelia…a lot of indigenous music…but it also has that roots flavor to it. 16:00
Julie Christensen did the wordless vocals on it…I wanted her to do that kind of banshee wail, like a spirit under tons and tons of rock, buried in a cave. 17:00
Ghost Cave Lament
On meeting John Doe in 1976 – He was going to the Venice Poetry Workshop and I was going to the Venice Poetry workshop.  We had a nodding acquaintance, we knew we were outliers as to the rest of the crowd there. 23:00
On the Rolling Stones – I love the early albums, almost every one from the first one to Exile on Main Street.  After Exile…with each album they lost me more and more. 24:40
Jagger’s peak for lyric writing was in the late 60’s, the stuff on Let It Bleed and Beggar’s Banquet was incredible. 25:20
On his influences – I was a big Janis Joplin fan but I was a bigger MC5 fan. 27:00
I was also a big fan of English blues rock, I was a huge Cream fan. 28:20
(Peter Green’s Fleetwood Mac) was the epitome of just really tight blues rock, it was kind of beyond blues rock because there was so much energy in it. 29:20
I was a huge Bowie fan, Man Who Sold the World through Diamond Dogs was my favorite Bowie period. A lot of that glam rock he did was very punk. 32:20
Black Temptation
On the punk scene – When the stuff like the Pistols and the Damned and the Clash were coming out, and the Saints from Australia, those four bands I immediately got those records when they came out on import. 32:50
My disconnect from the punk rock scene came with the hardcore scene. About 90% of the hardcore bands I wasn’t fan of, partly because I couldn’t get into the music.  34:00
The thing about the punk bands…they all had other influences besides themselves.  When the hardcore scene came out, all they were drawing from was punk, they weren’t drawing from other genres or styles. 34:30
My Life To Live
On the future in the band – We are intending to take this further.  We may be able to fit in a couple more shows in the fall, I’ve told the guys I have songs for another album.  It’s just a matter of when we get to do it. 44:40

Purchase I Used To Be Pretty