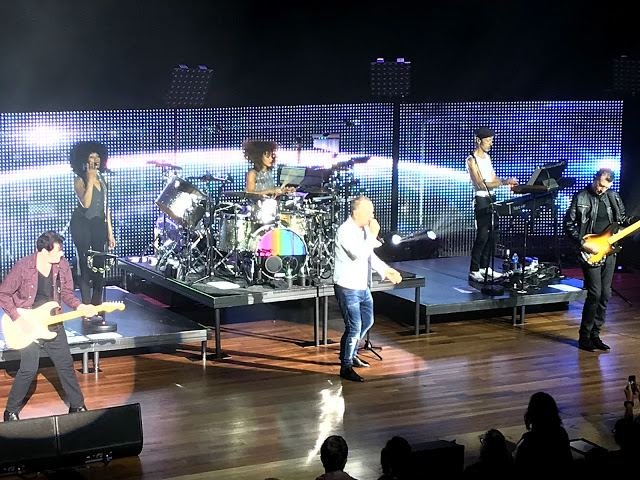 If you walked in to see Simple Minds expecting an 80’s throwback show at the historic Ryman Auditorium you were no doubt disappointed. Instead, Jim Kerr, Charlie Burchill and their new version of the band showed is that Simple Minds is a vibrant, relevant, and flat out killer band in 2018.

Over the course of 2 1/2 hours (including a 20 minute intermission between sets) the band wove in songs from its 40 year history including early singles like Love Song and The American with cuts from their 2018 release Walk Between Worlds.  The new tracks fit in perfectly and old were given a modern update and played with such a sense of urgency that you couldn’t help but move to the music.  There was no sense of nostalgia to the old songs, the band attacked them as if playing them for the first time with a pulsating wall of lights behind them, driving them forward as opposed to using the standard videos that show the past

At nearly 60 years old, vocalist Kerr looks and moves like a man a fraction of his age.  His voice is as pristine as ever and he’s not afraid to share the stage with background vocalist  Cherisse Osei. Kerr brought her front and center many times throughout the night and was happy to let her take the lead on a few tracks. Perhaps it was because the show took place in the Mother Church of the Ryman but songs like their duet on a cover of The Call’s Let The Day Begin and Alive and Kicking took on the feel of a revival as the entire crowed rose to its feet. The former was turned from the solomn delivery of the original to a joyous celebration. 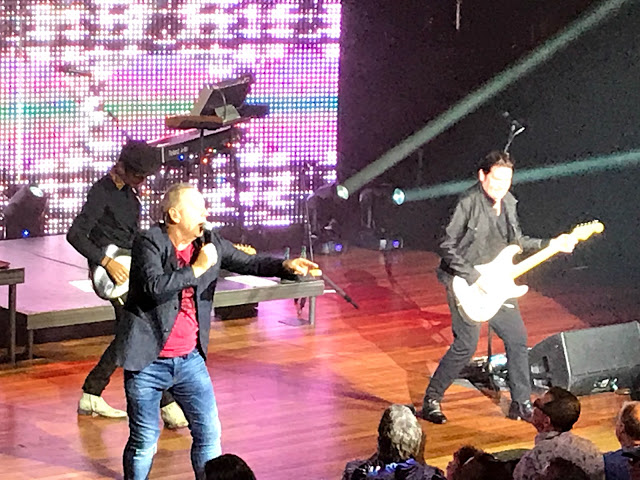 If there was a downside to the show it would have been the need to boost the level of Kerr’s mic at times. When the band fully kicked in his voice got a little drowned out by the music. Similarly, on a quieter song like Dolphins his whisper was a bit lost in the mix.

At this point in their career, Kerr and Burchill could easily attach Simple Minds to any of the myriad of 80’s festivals and cruises, play a few hits and collect a check. Lucky for fans, they chose to strike out on their first extensive US tour in well over a decade and show that this band  is as much of the present as the past.