How do I begin to review a new Willie Nile record?  We’ll start with full disclosure – I love Willie Nile.  The man, his band, his music.  I was wondering if I could write an objective review, but after hearing some of these songs live over the past few months, finally listening to the actual release, and reading what others have said about the record I realized there was nothing to worry about – this is a brilliant record and pretty much everyone that’s heard it agrees! 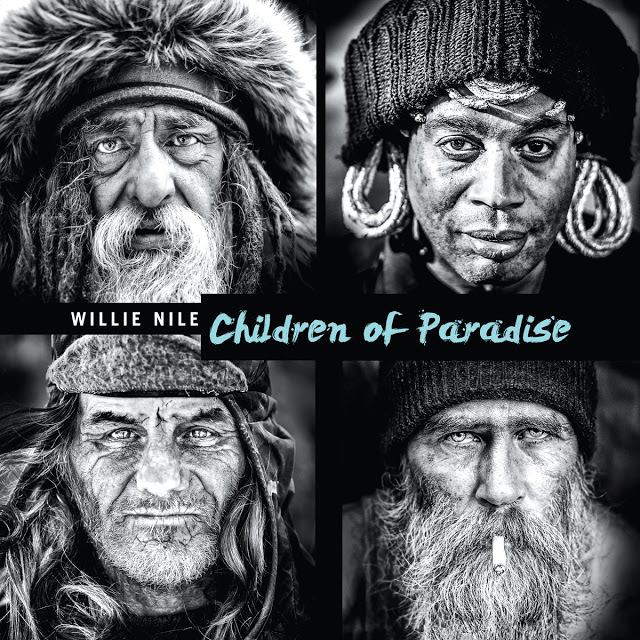 If you’re not familiar with Willie, he has been on (and off) the scene for nearly 40 years.  A native of Buffalo, NY, Willie has since become a fixture in Greenwich Village.  Over the course of 12 studio albums (and 1 EP) Willie has invited us to experience a snapshot of his NYC.  That invitation has allowed us to see ourselves in his characters, find our world through his, and showed that no matter how dark it gets, if everyone believed in humanity the way Willie Nile does the world would be a better place.
When this record was announced, I must admit to being a little skeptical.  I’m not one that usually likes when an artist rerecords his own material and Willie does that twice on this record (Seeds of a Revolution from the  1992 EP Hard Times in America and the title track originally found on 1991’s Places I Have Never Been). What makes these new versions work is the amazing band behind Willie that breaths a new life and urgency into these songs, making them sound fresh and new.
Willie is a master songwriter so the lyrics will always take center stage, this record is no exception.  From current events in Earth Blues and Gettin’ Ugly Out There to the heartfelt sentiments of Have I Ever Told You, Secret Weapon and All God’s Children to the Clash-meets-Springsteen rockers of All Dressed Up With No Place To Go, I Defy, Don’t and Rock N’ Roll Sister, the record pretty much sums up exactly what it means to live in 2018.  As talent attracts talent, Willie shares writing credit on the poignant Looking for Someone with Andrew Dorff.  Andrew was a top Nashville songwriter with a string of hits.  Willie dedicates the record to Andrew as unfortunately he passed away before the record was released.  Nile has done his friend proud with this work.
Earlier I mentioned how the band is a huge part of this record.  Guitarist Matt Hogan, Bass player Johnny Pisano and drummer Jon Webber create the best band off of E Street and turn the simple, hopeful songs that Willie writes into anthems for a generation.
I would be remiss not to mention the truly stunning artwork on this record.  There have always been great combinations of artists and musicians (Roger Dean/Yes, Mark Wilkinson/Fish) but the depth that Italian photographer Cristina Arrigoni reaches with her photos creates the perfect visualization of Nile’s title and it’s lyrics.
Share. Facebook Twitter Tumblr Email