In 1990 the LA metal scene was still in full force when Epic Records put out a debut record from a band that didn’t have the glitz or glam of every other act, but it did have one thing that made it stand out, Vivian Campbell, fresh from his time in Whitesnake, on the cover.  I had never heard of  Riverdogs and while Vivian may have been the draw it was the incredible songs and soulful voice of Rob Lamothe that was the hook.  Unfortunately, music began to change and Riverdogs were one of many bands that became a victim of a shifting landscape.  The band, minus Vivian, put out a few records in the 90s and Rob released a handful of brilliant solo records before reuniting.  The product of this reunion is, in my opinion, one of the great records of the last 20 years, 2017’s California.  Rob, while preparing to put out a record with his 2 sons and daughter, was so gracious that I have expanded the usual 3 questions segment to an unprecedented… 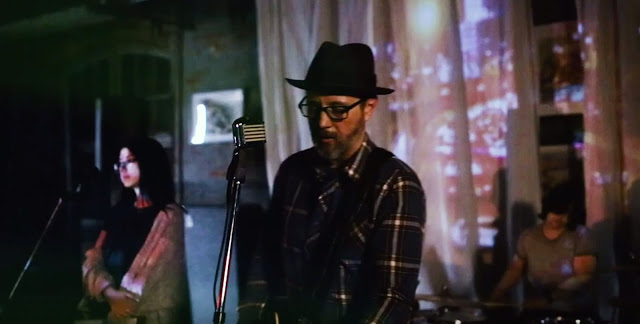 4 questions with…Rob Lamothe:
1 – Who is your single biggest musical influence?
RL -Single biggest musical influence? Lyric Writing: Michael-Dan Ehmig (Kansas, Meat Loaf, Lita Ford, Joe Cocker). Rock Band Orchestration: Jimmy Page. Music Production: Chris Whitley. Less Is More: Stevie Salas. Songwriting: Hailey Gillis. I have to acknowledge the influence of these brilliant brave young artists I’ve collaborated with over the years: Melissa McClelland, Logan Staats, Lauren Margaux.
2 – What is the most important (not necessarily best or favorite) song you’ve ever written/recorded and why?
RL – These are hard questions!!! ‘Toy Soldier’ kind of started a new phase for me, songwriting-wise. With that song, I began intentionally writing from a more personal perspective. ‘I’m Insane’, which appeared on Ratt’s 1984 release (Out of the Cellar) was important to me… Although that song and ‘Scene Of The Crime’ (from the same record) didn’t include my name in the credits (Whew! That lead to a 4-and-a-half-year successful legal battle), those 2 songs proved to me that I could write songs good enough to be released on a major label!
Songs like ‘The Good Things’, ‘Circus Song’, ‘River Of My Life’, ‘Suddenly In Waterdown’, ‘Goodbye Calgary’ and ‘We Can Only Fall’ have been huge songs for me, as far as solidifying my kind of dark, murky, dreamy approach to songwriting and recording.
Riverdogs – Toy Soldier
3 – What are your thoughts on the Rock N’ Roll Hall of Fame and what band or artist should be inducted next?
RL – Good question! I don’t keep up with the Rock and Roll Hall Of Fame (or the Grammy’s or any other awards), so I don’t really know who’s in! Are Motorhead or The Pixies in yet? How about Sonic Youth? John Coltrane? If John Coltrane isn’t in yet, then the RRHOF is dead to me! (Note – none of the above have been inducted yet!)
4 – You’re preparing to release a very cool project called And The River Reveals Herself – a record you recorded with your three children.  Tell me a little about that and how it came about.
RL – It’s the album I’ve written and recorded with my daughter, Rose, and my sons Josh and Zander. We all play a million instruments on the thing… and we all sing. Lots of harmonies! Most of the music came from improvising around the kitchen table or in the studio. I collaborated with a couple of my dear friends, Suzie Miller and Brent Flicks, on some of the lyrics… The entire project is absolutely a labour of love. I enjoyed the process (‘create without fear, edit without mercy’) so much that I honestly didn’t want to finish it, but my upcoming ‘Rob Lamothe Beyond Acoustic Tour 2018’ does feels like a good time to release the album out into my little musical world. The goal was to make something beautiful… and that’s what we did. Someone said, ‘The album sounds like Fleetwood Mac, Summer of 1976, but they’re doing quaaludes instead of cocaine’. I said, ‘Yeah. I’m good with that’.
‘Back to the Beginning” – And The River Reveals Itself
You follow Rob:
Facebook | Twitter | Homepage | Riverdogs
Catch Rob on tour in Europe Oct-Nov 2018
Share. Facebook Twitter Tumblr Email