Before we start, if you’ve never listened to Vega you should make it a priority to do so. Vega is a UK band led by brothers James & Tom Martin and powerhouse vocalist Nick Workman.  They are part of the Frontiers record stable so you know you’re in for slickly produced, high quality, modern melodic rock. 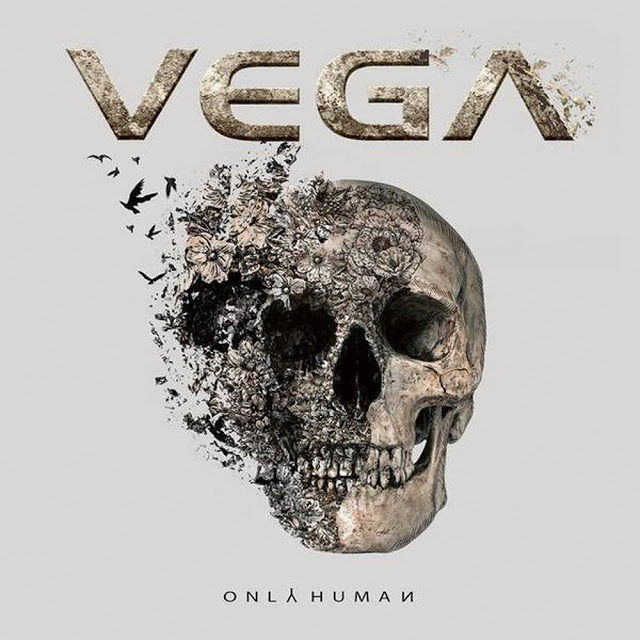 Only Human is Vega’s fifth release, following 2016’s absolute masterpiece Who We Are.  Honestly it took a few listens of Only Human to truly appreciate it on its own.  Think of the first time you listened to Keep The Faith after New Jersey.  Your first thought is “this isn’t New Jersey“, but after you listen to it as a stand alone record you appreciate how brilliant it is, same with Only Human.  The Bon Jovi analogy makes sense here as Vega are proudly influenced by Bon Jovi, Def Leppard and other 80’s rock bands.  Think sing-a-long choruses, prominent keyboards and clean guitar tones.

Much like their 80’s influences, the Martin brothers are masters of writing great pop songs with the edge that pushes them into melodic rock territory.  The record starts off with “Let’s Have Fun Tonight” into “Worth Dying For” and doesn’t let up.  The selections are all upbeat, positive songs that are perfect for driving with the windows down. The pace doesn’t let up until the title track which brings a slightly more mid-tempo feel and sets up for as strong a second half as any record of the past few years.

The centerpiece of the record, the majestic “Standing Still” could have easily been a hit for the classic line up of Bon Jovi.  The same could be said for the monster  “Go To War”  that ends the record.    If you miss the days of great 80’s bands, be sure to check out Vega, you won’t be disappointed.