What should a rock record sound like in 2018?  Simple, Ryan Roxie’s Imagine Your Reality. Loud guitars, sing along choruses, rollicking keys, crystal clear production, and, did I mention loud guitars?  This record is a quick (under 40 minutes), sharp, hit of classic rock influences turned into a modern sound. 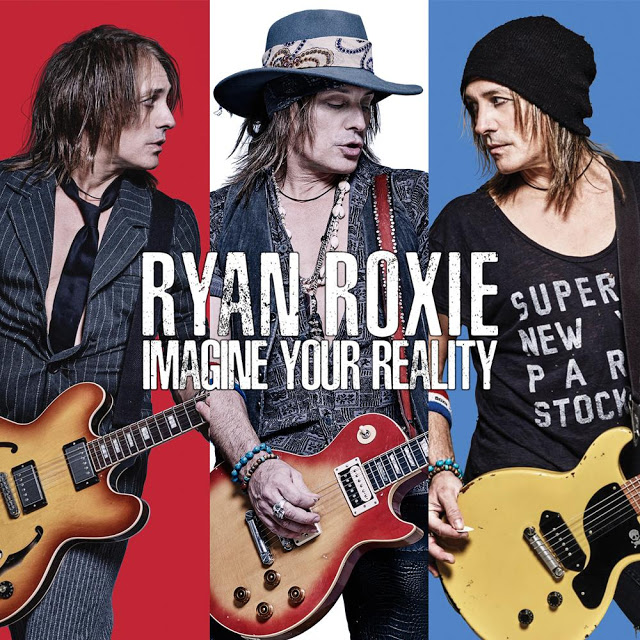 It all kicks off with the 95 second Ramones-ish blast of “Big Rock Show” into the full boogie of “Over and Done”.  The first of two covers kicks in next. A cover of Cheap Trick’s cover of “California Man”, originally done by The Move (did you follow all that?).  Ryan’s killer guitar tone, guest vocals from Robin Zander (Cheap Trick) himself and the piano of Teddy “Zig Zag” Andreadis (ex-Guns N” Roses) make it impossible not to put this song on repeat. According to Roxie, the record’s first single “To Live and Die In LA” was written back in the days when he was part of Slash’s Snakepit, the lyrics definitely don’t paint a flattering picture of the boss.

I mentioned influences earlier, Roxie proudly wears them on his sleeve and shows off his versatility. “Me Generation” could be an outtake from the more straight ahead rock records Ryan has done with Alice Cooper (The Eyes of Alice Cooper & Dirty Diamonds) while “Look Me In The Eye” is exactly what we would hope Oasis would sound like if they were to reunite. “Hearts In Trouble” takes a left turn and brings to mind a more rocking version of Chris Isaak.  It all comes to an end with an unexpected cover, Coldplay’s “God Put a Smile Upon Your Face”.  I’ve never been a Coldplay fan but this is a beautiful version that shows one thing that shouldn’t be lost when listening to this record…the man can sing!

Overall, this is a perfect record for those hot summer days. It leaves you wanting more, and that is a very good thing!  Be sure to check out “3 questions with…Ryan Roxie” while you crank this up!