There are a few names in entertainment that are just legendary, Michael Des Barres is one of them.  Whether it’s the band Detective, who recorded for Led Zeppelin’s Swan Song label, to Chequered Past, which featured members of Blondie, Sex Pistols and Todd Rundgren’s band, to fronting Power Station at Live Aid or as a solo artisr, Michael  is a rock star. Never satisfied, Michael also has a successful film and television career with roles in Ghoulies, Pink Cadillac, Muholland Drive as well as the iconic role of Murdoc in MacGyver.  Additionally, you can  also hear Michael daily on Little Steven’s Underground Garage, SiriusXM channel 21. 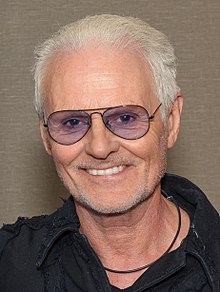 1 – Who is your single biggest musical influence?

2 – What is the most important (Not necessarily best or favorite) song that you’ve ever written/recorded and why?

MDB – Obsession: It made me the most money and therefore afforded my family no fear of the future.

3 – What are your thoughts on the Rock N’ Roll Hall of Fame and what band/artist should be inducted next?

MDB – It is a corporate institution with no merit.