By Jeff GaudiosiMay 3, 2018Updated:May 25, 20211 Comment4 Mins Read
Share
Facebook Twitter LinkedIn Pinterest Email
30 years…I was 15 years old, a few months away from turning 16, finishing up my sophomore year of high school, exactly where my own daughter is now.  I was familiar with Queensryche from their first two records (and e.p.), particularly 1986’s Rage for Order.  Queensryche was always a bit unique, not a hair metal band like most at the time. They had a style that mixed hard rock with a new form of guitar-centered prog, leading a genre that would include bands like Savatage, Fates Warning and Dream Theater.  Word began to spread in the rock press that the next Queensryche record would be a concept record, a story combining world politics, drugs, religion, sex and murder.  As a kid that was just beginning to discover the mystery of the concept album, I was all in before ever hearing a note. 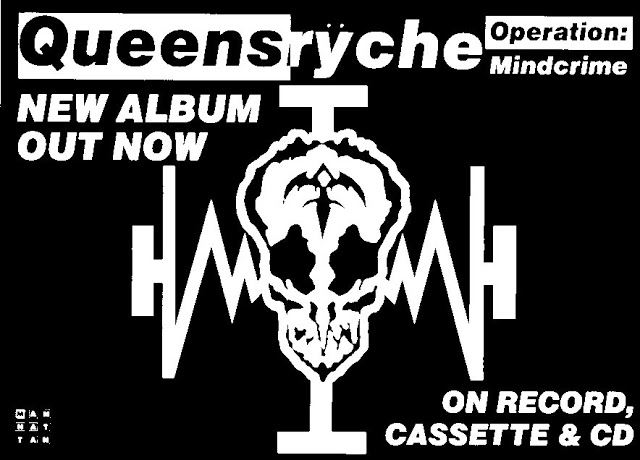 I remember now…walking in the music store at the mall for the sole purpose of buying Operation: Mindcrime on May 3, 1988.  There was a display of the week’s new releases in the back of the store where I grabbed my cassette.  It stood out in its white plastic case.  I got home and put it on, nothing was ever the same again.  The two atmospheric opening tracks, setting the mood, laying the background for the story then it hits like a ton of bricks – Revolution Calling. It was a revolution, this wasn’t hair metal about girls and parties.  This was a government out of control, this was drug use as a disease not a party, this was sex as forced prostitution not pleasure, this was religion as control not sanctuary, but above all, these songs killed! Perfectly crafted rock songs, a guitar tone never achieved before, one that Michael Wilton would later call “the aunch”.  It was like watching an edge-of-your-seat thriller through the speakers, following every word in the little cassette fold out.

Just as I fell deep into Nikki’s story “IT” began…10 p.m., I feel the rain coming down. Suite Sister Mary. A 10+ minute rock epic that spurred more discussion among my friends than any other song we ever heard. Did Nikki kill Mary? Did Dr. X? Did she kill herself? The biggest debate of all – Was that Geoff Tate singing or is there a female playing the part? I guess when you’re 15 it never occurs to you to look in the credits.  At this point, my head is spinning from the story, the questions coming fast and furious as the last Act begins…I Don’t Believe in Love. A crushing song that sees Nikki hit rock bottom, luckily the next two pieces give a chance to catch your breath before the hammer swings.
All alone now except for the memories…Every story needs an ending but rarely does that ending hit as hard as Eyes of a Stranger. No happy ending like they’ve always promised…Is this the end for Nikki? Has Dr. X finally won? Every listen gave a new answer and interpretation. The song that defined my high school experience. Just when you realized you haven’t taken a breath in 6:39 it all ends, swiftly, harshly…REVOLUTION! 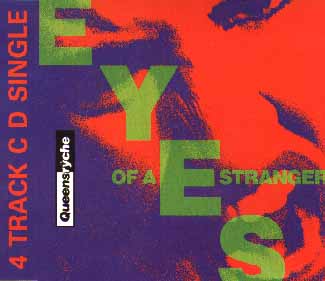 This record not only changed my life, but it began to change the music I loved. We started to see the rise of prog metal with Fates Warning’s Perfect Symmetry and Parallels and, later, Dream Theater’s Images and Words.   It also ushered in a new era of concept records, led by Savatage with their classic Streets: a Rock Opera. This record united the hair band kids, the metal heads and the proggers.  While promoting the album on tour, Queensryche straddled these rock sub-genres by joining bands like Def Leppard, Guns N’ Roses and Metallica.  We didn’t know it then, but it, along with Appetite for Destruction,  began to move rock lyrics away from the party of the 80’s to what became the grittiness of 90’s grunge.

I can’t count the nights my friends and I spent dissecting every word of this record, the debates, the arguments. Calling each other every time we heard the famous page for Dr. David, telephone please. Dr. David, Dr. Blair, Dr. Blair, Dr. J. Hamilton, Dr. J Hamilton turn up on a TV show.  This wasn’t just a record, this was life. This shaped all of us, this bonded all of us.  This record launched Queensryche, they would see even more success with Empire and Promised Land before falling into a series of spotty albums.  The “new” version of Queensryche is reaching back to the sound and formula that made them one of my favorite bands ever. If music can morph into DNA then Operation: Mindcrime has surely become part of mine.
Share. Facebook Twitter Tumblr Email