By Jeff GaudiosiApril 30, 2018Updated:May 25, 2021No Comments4 Mins Read
Share
Facebook Twitter LinkedIn Pinterest Email
April 29 was the 25th anniversary of the death of Mick Ronson.  I’d like to share a few of my thoughts on this underrated legend.
I don’t remember the first time I heard Mick Ronson, but I’ll never forget the first time I saw him. It was the summer of 1984, just before my 12th birthday.  My brother and I rented the newly released video cassette of D.A. Pennebaker’s David Bowie concert documentary Ziggy Stardust and the Spiders from Mars. While the concert was originally filmed in 1973, it wasn’t widely available in the US until 1984.  I was not yet in my full Bowie obsession, all I knew was this cool new record call Let’s Dance, then I watched this film.  While I was totally blown away by the orange haired Ziggy, it was the guy at his side with the long blonde hair, silver suit and white Les Paul that grabbed my attention.  I had discovered glam rock. 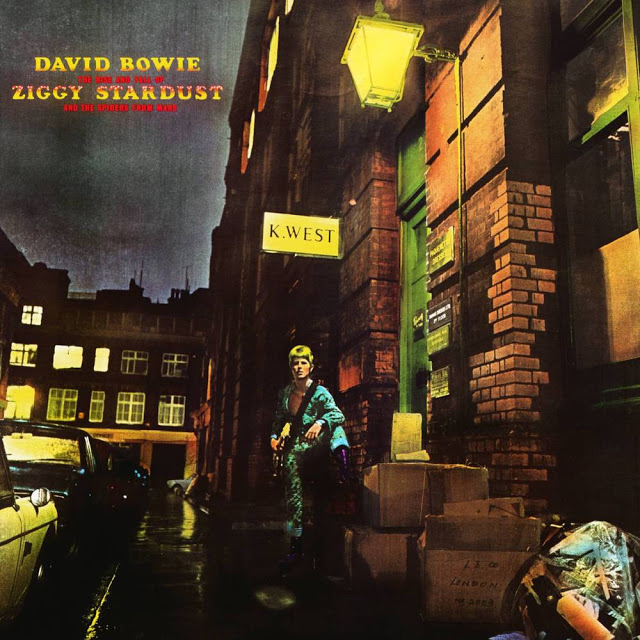 I quickly became a Bowie fanatic and devoured everything I could find.  I learned that the guy with the guitar was Mick Ronson.  Mick had been with Bowie for a number of years before Ziggy’s triumph. It was Mick that introduced a bit of edge to the music as Bowie evolved from folk-tinged The Man Who Sold the World to the classic Hunky Dory. It was Mick that developed the riffs that helped Ziggy and the Spiders take over the world.  As a kid, it was confusing to hear Bowie tell us at the end of the movie that this was the last show the Spiders will ever play together. It didn’t occur to me until later that he meant Ziggy and the Spiders, not Bowie and Mick.  That partnership stayed together a little longer, producing the classic Aladdin Sane as well as the covers record Pin Ups.
While working with Bowie, Mick branched out a bit doing some studio work on Lou Reed’s Transformerand All the Young Dudes from Mott the Hoople.
When his partnership with Bowie ended, Mick set out on a solo career.  As much as I tried to get into Slaughter on 10th Avenue, for me, Mick’s solo work never rose to the level of his partnerships. But there were other partnerships, beginning with a strange pairing with Bob Dylan on the Rolling Thunder Revue tour.  This is one of my favorite Dylan periods, partly because of the tone and grit Mick’s playing brought to these shows.  I have a bootleg of the Waterbury, CT show that is one of my favorite Dylan shows.  Perhaps his biggest partnership after Bowie was with Ian Hunter. Mick spent the second half of the 70s as Ian’s sidekick, producing some great music but never rising to the level of his Bowie period. 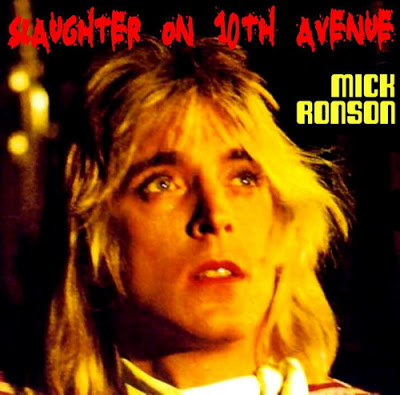 Most of the next decade was spent under the radar, showing up on records you would never think of but when you go back and listen you clearly hear Mick’s tone.  The biggest record of this period was John Cougar’s American Fool, especially on Jack & Diane.
His final, great record was a return trip with Ian Hunter on 1990’s YUI Orta.  The single American Music was an instant classic and highly recommended. Soon after, Mick was diagnosed with cancer.  There was a final collaboration with Bowie on a few tracks off of Black Tie/White Noise and a last public appearance beside Bowie and Hunter at the Freddy Mercury tribute concert before ultimately losing his battle with cancer.  If you’re not familiar with the incredible work of Mick Ronson, take a minute and indulge in one of the masters of Glam. 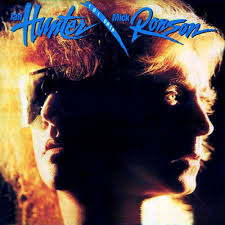